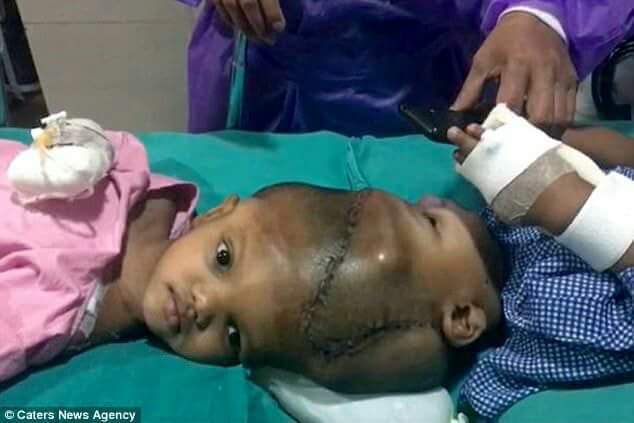 Toddler twins joined at the head have been successfully separated today following an 11-hour operation by a team of 30 doctors, 20 nurses and many other paramedical staff.Medics from around the world came together in New Delhi, India, for the risky surgery on Jaga and Kalia, who amazed the health profession by surviving to the age of two-and-a-half.

The twins were born in a village in the eastern state of Odisha with shared blood vessels and some shared brain tissue.

They had undergone the first phase of the separation surgery in August.

“The most challenging job after the separation was to provide a skin cover on both sides of the brain for the children as the surgery had left large holes on their heads,” said Maneesh Singhal, a plastic surgeon who was a part of the operating team.

“The skin was generated from the expansion of two balloons which were placed inside their heads during the first surgery in August,”

The huge operation, their second had to be brought forward after Jaga’s health deteriorated in recent months.

The boys who were originally named Honey and Singh have survived against the odds as twins fused at the cranium have an 80 per cent risk of dying by the age of two if they are not separated.

Odisha health minister Pratap Jena said: ‘Their health is stable, but they will be kept under observation for 72 hours.

Plastic surgeons are on their job after they were separated surgically.’ 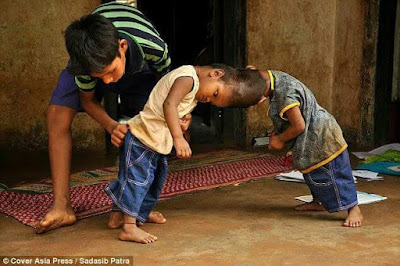 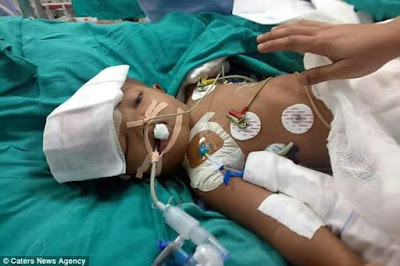 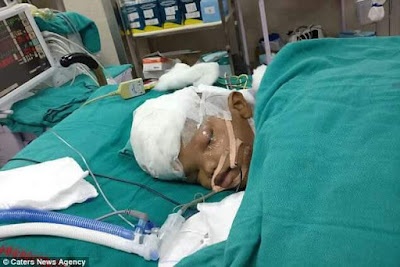