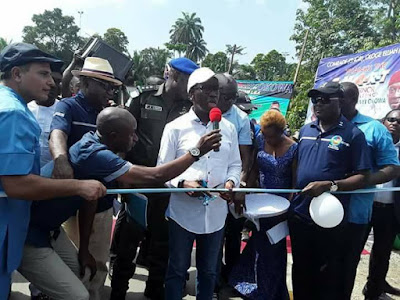 The Governor who was inspecting and commissioning projects executed by his administration, also, commissioned the Uduophori and Kabowei roads in Patani Local Government Area, also in Delta State.
Governor Okowa who commissioned the projects with the people of the areas coming out in their large numbers to appreciate the quality of work done on the projects, assured the people of the commitment of his administration to delivering people-oriented projects.

At Kwale where he commissioned the Kwale/Ogume/Amai/Obiaruku Road, Governor Okowa commended the peaceful disposition of the people which ensured that projects were executed without hitches.

He assured the people of his administration's commitment to deliver dividends of democracy while at Uduophori and Patani where he commissioned the Uduophori and Kabowei roads respectively in Patani Local Government Area of the State, Governor Okowa said, his administration will not relent in ensuring that the desire of the people are met in line with democratic tenets.

The Governor witnessed a unique scene on his way to Uduophori as the people of Uto-Ewu, Assa, Etefe, Omafuvwie and Edjekuo communities came out to thank him for what he is doing for Deltans and appealed to the Governor to extend such gesture to their communities.

Governor Okowa on the spot, asked the Commissioner for Works to find out what it will take to construct the road, stating that his administration will continue to run an open-door policy, accessible to the people and provide for the people as democracy dictates.

Spokesman of the communities, Mr Jerry Opharomavuo had said they were aware of the developmental strides of the Governor in different parts of the state and appealed for the Construction of roads to their communities.

In a related development, Governor Okowa has assured the people of Utagba-Ogbe of the Construction of the Eke Market.

The Governor gave the assurance today (20/10/17) when he paid a courtesy visit on the Oduosa of Utagba-Ogbe, HRM Isaac Obi.

Governor Okowa who identified with the people, especially, traders for their displacement following plans by the local government council to construct a modern market that has not materialised over the years, stated that his administration will work towards constructing the market.

He also, disclosed that the people will soon have an uninterrupted power supply when an Independent Power Plant (IPP) is completed in Okpai, assuring that there will be step down of electricity in Okpai and Kwale respectively.

The Oduosa who spoke through Chief Dennis Ejechi, had commended the Governor for the numerous roads constructed in the area and appealed to the Governor to construct a bridge across the Ase Creek and also, construct the Eke Market which has been under construction for some years. 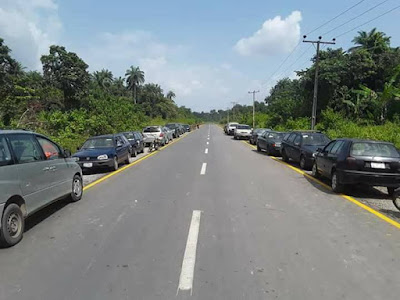