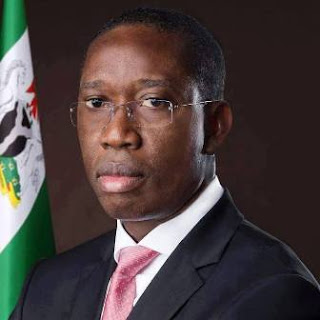 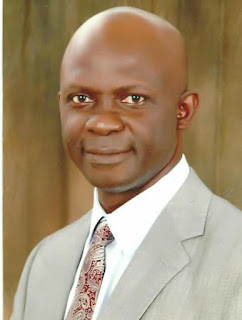 Going by the abysmal endemic failure that has obviously reduced the All Progressive Congress pivotal to lack of focus, zero developmental principles, continuous blame game and trade in propaganda, a PDP chieftain, Hon. Victor Nwokolo has predicted a mysterious political doom for the party in the 2019 general elections especially in Delta state.

Banging on Governor Okowa's achievements in the past two years, he said, the difference between noise makers and achievers is clear, noting that, Deltans cannot be fooled to be incarcerated into the dungeon called change which has delivered nothing but untold hardship to Nigerians and Nigeria itself.

According to Hon. Nwokolo, APC has acted too many dramas that have made Nigerians conclude on them as a party that lacks the wherewithal to transform policies to work on a he platter of excuses and blame game.

He said, while majority members of the All Progressive Congress are fearful and intimidated by the laudable achievements of Okowa which spell unavoidable doom to their hope, have refused to publicly acknowledge Okowa's feat, instead, they resort to telling lies that make them appear more cheaper and unserious to their mockery by both infants and adult Nigerians.

Nwokolo who applauded the Governor's achievements despite the debacle of the economic recession, extolled Okowa's prudent use of accruing state's resources and Internally Generated Revenue(IGR) for the development of critical areas of needs in the state.

For him, the Emergence Of Senator Dr. Arthur Ifeanyi Okowa as Governor at such a trying time, was divine to save the state from economic crisis and has injected a fresh breath of hope and firm believe in PDP as a party with hunger and thirst for development. He charged Deltans not to sell their destinies for a plate of porridge in the name of change, saying its time Deltans protect their destinies by showing APC yet another red card in the next elections.

Speaking on workers welfare in the state, Hon. Victor Nwokolo noted that, every government policy is usually criticised by those who are either affected by its initial implementation and those who choose not to see the prospects of such policies.

He recalled how APC rebuffed Goodluck Jonathan's attempt to increase fuel pump price with organized protest and promise to sell fuel pump price at #40 and ended up selling it at #145-150.

He therefore, appealed to Deltans and those affected by any of the government's economic policies to be patient as the state government is still verifying many of such decisions from ministerial reports.

He noted that, as at the time the present administration was inaugurated in May 29, 2015, Delta State had about Seventy Thousand (70,000) work force on its payroll which is even more than that of Lagos state and measuring with federal workforce. Yet, the state was able to meet the obligations to the workers through debt payment re-scheduling, cutting waste, contract reviews, and prudent management despite side challenges which the state is overcoming gradually.

As part of the on-going biometric exercise to weed out ghost workers from the state's government payroll, the State has been able to cut down the size of the workforce to about fifty thousand and some fraction (50,000 +) through BVN and Staff verification which he said, is still on the high side compare to that of neighbouring States.

Hon. Victor Nwokolo also applauded Gov Okowa for completing over fifty five (55) standard roads out of about 90 roads projects embarked upon by his administration from inception which shows the governor's commitment for development of the State.

He noted that, for Governor Okowa to achieve such infrastructural success in such a difficult economic times, he deserves to be trusted for a consolidated development beyond 2019.

He therefore berate those peddlling fake rumour of the Governors' non-achievements to repent urgently of the sins of propaganda, libel and slander.

He noted that, on roads construction, Governor Okowa has achieved a total of 697.36Km roads and 300km of drains located both in urban and rural areas. These roads according the federal legislator include critical inter and intra city roads projects and concrete-line drains.

He stressed that, 276.63 km roads of the total figure, are in the rural areas.

Nwokolo also noted that, Dr. Okowa through his administration's SMART agenda, the YAGEP, PPSP and STEP programmes have empowered over six thousand (6 000) youths and created direct and indirect jobs for delta youths both in the private and public sectors to tackle the menance of unemployment among youths in the State.

On Agriculture Barr. Nwokolo said the Okowa's led administration has also distributed tractors to a confirmed number of sixty four (64) Cooperative Societies to boost farming in the State.

"....still on agricultural empowerment and development, the present administration has also empowered One Hundred (100) Poultry Farmers with two hundred (200) day-old chicks each alongside feeds and cash" he added.

In furtherance of the fulfilment of his campaign promises, he noted that the present administration has also empowered fifty (50) poultry layer farmers with two hundred (200) layers each, feeds and cash. Same way, fifty (50) piggery farmers has so far received ten (10) growers, feeds and cash.

In a bid to encourage and boost tomatoe farming in the state, the Okowa administration has also established Fourty (40) tomatoes farmers with seedlings, Agro-Chemicals and Cash which to a large extent is yielding positive results.

On education, Victor Nwokolo reiterated that, Governor Okowa has so far rehabilitated, reconstructed and upgraded facilities in the three technical colleges, one in each of the three Senatorial Districts of the State which include:

In his speech, while the Ofagbe and Sapele Technical Colleges have been commissioned, the Agbor is ready for commissioning.

According to him, the Delta State Government has also completed the renovations and construction of some public Primary and Secondary Schools across the State through the SUBEB/UBEC interventions and has also supplied instructional materials, writing and seating desks to a number of schools to facilitate teaching - learning processes.

In the health sector, Hon. Victor Nwokolo scored Delta State Government high and hinted that, the State has renovated some hospitals across the state with Universal Health Insurance Policy for all Deltans.

These projects he listed to include:

Victor Nwokolo said, PDP will not settle for anything other than gold in the 2019 general election in Delta State and encouraged all party members and Deltans not to allow elements of APC propaganda to get them confused over the Governor's unflinching commitment to the development of the State.

He said, winning elections is not all about the volume of blackmail, propaganda, lies, deceit and making fake promises in desperation to hijack power, but about good antecedents, contacts with the grassroot, mobilization of the masses based on the masses firm believe in one's ability, competence and experience especially, evidence of achievement for incumbents.

The Honourable member noted that, while PDP does not believe in making noise over what it has achieved because it is their tradition to do justice to the people in terms of providing good governance through participatory democracy and infrastructures as reward for their support, it becomes imperative to clear the doubts posed by APC continuous lies and unreasonable attacks on the party and the Dr. Okowa because, silence in most cases is mistaken by so many for consent.

Hon. Victor Nwokolo therefore, admonished Deltans and Nigerians to dispel rumours making the news and described them as fabricated tales by APC to sow discord.

The Ika Federal Constituency representative therefore urged Deltans to always feel free to ask questions to get accurate answers on areas of doubt rather than trending the fate of media created lies by the reservoir of lies called APC. He said, APC is a political party built on lies and deceit with clear distance from truth as they have shown to the world with their endless falsehood, propaganda and inability to translate promises to achievements.

He urged Deltans to access first hand information through the ministry of information and communication or take advantage of the Governor's town hall meetings to get direct answers on areas of doubt for clarity purpose and possible improvement.
Tweet