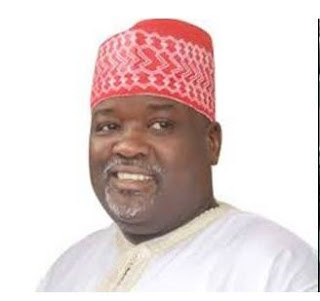 Dr. Nasiru Yusuf Gawuna's appointment was confirmed by The Kano State House of Assembly today. This was after the state governor, Umar Ganduje, had on Monday officially forwarded the name of the deputy governor nominee to the legislative chamber for screening.

Before his appointment, Gawuna was the Commissioner for Agriculture in the state.

The appointment was necessitated after the resignation of the former Kano deputy governor, Professor Hafiz Abubakar, who defected from the All progressives Congress (APC) to the Peoples Democratic Party (PDP)..

On Tuesday, Salihu Tanko Yakassai, Special Assistant on Media to the Governor, confirmed the development via his Twitter handle.

“H.E the incoming Deputy Governor of Kano State Hon Dr Nasiru Yusuf Gawuna has been screened by the Kano State House of Assembly which paves the way for his swearing in by H.E @GovUmarGanduje. Congratulations Hon Gawuna. May Allah be your guide amin.”