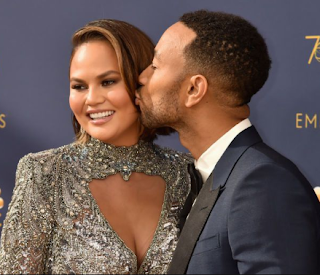 John Legend has had enough of people attacking his wife Chrissy Teigen and he has now spoken out for her.

Chrissy is a successful model. Also last year she penned an easy-to-use cookbook filled with recipes to satisfy cravings, and she's currently working on a second. But some people have attacked her for doing nothing except following John Legend about and tapping from his spotlight.

Morning news anchor, Heidi Alagha made the same insinuation in a recent Twitter post and John Legend decided to respond in defence of his wife.
Heidi tweeted:


Chrissy Teigen is beautiful but does she have to be included in everything just because she’s married to John Legend? #emmys

In response, John Legend referred her to Google to do more research about his wife and find out that she's a successful woman in her own right. 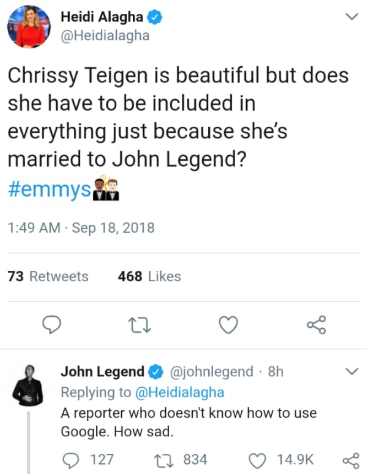