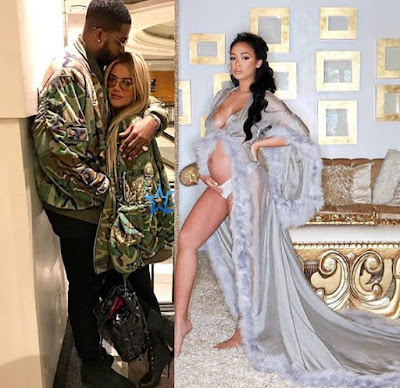 Khloe Kardashian is reportedly not happy that her man Tristan Thompson is spending way too much on luxury items and cars for his ex-girlfriend Jordan Craig and wants him to limit his expenditures to just child support for their son Prince Thompson.

According to Life & Style, Khloe, 34, thinks the 27-year-old who is also the father of her daughter True is spending “way too much” money on Jordan and their son.
The source said Tristan is spending so much cash on his other family, that Khloe wants her mother, Kris Jenner, to step in and take over her man’s finances.

“Khloé wants Tristan to let Kris manage his money,” the source revealed to Life & Style. “She feels he’s spending way too much on jewelry, cars, and stupid s–t.”
But the source says Tristan is skeptical of Jenner’s attempts to handle his money. Particularly since the Kardashians/Jenners are burning through millions of dollars a month.

“Tristan thinks this is another way Khloé’s trying to trap him and get him all tied up in the Kardashian web,” the source said.
Tweet