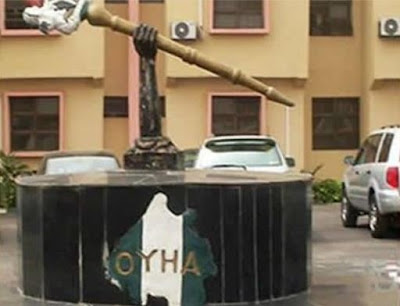 The Speaker of the Oyo State House of Assembly, Olagunju Ojo, the Minority Leader,  and five other lawmakers on Tuesday defected to three different parties.

The assembly also urged the commissioner to deploy competent police units to tackle the dastardly activities of criminal gangs.  This followed a Matter of Urgent Public Importance raised by Mr Muideen Olagunju (Accord Party-Oyo East/Oyo West) during the plenary.  According to Olagunju, the dramatic upsurge in gang warfare within the town has resulted in residents living in fear.  “The acts of violence are traceable to battle for supremacy among bands of youths in certain black spots within the town.