Andrey Demenkov, 32, an ex-Gazprom executive and son of Valery Demenkov, 69, a former senior policeman turned wealthy business tycoon, struck mother-of-one Olga Kudrova, 21, more than 100 times with a blunt instrument, according to the criminal case against him.

It was also claimed in a forensic report, that he also sought to drown her in a bath but she died from a blow to the temple.

Police say the woman worked as an escort as well as being an adult actress, but before visiting Demenkov she told relatives she was seeing the man she loved. 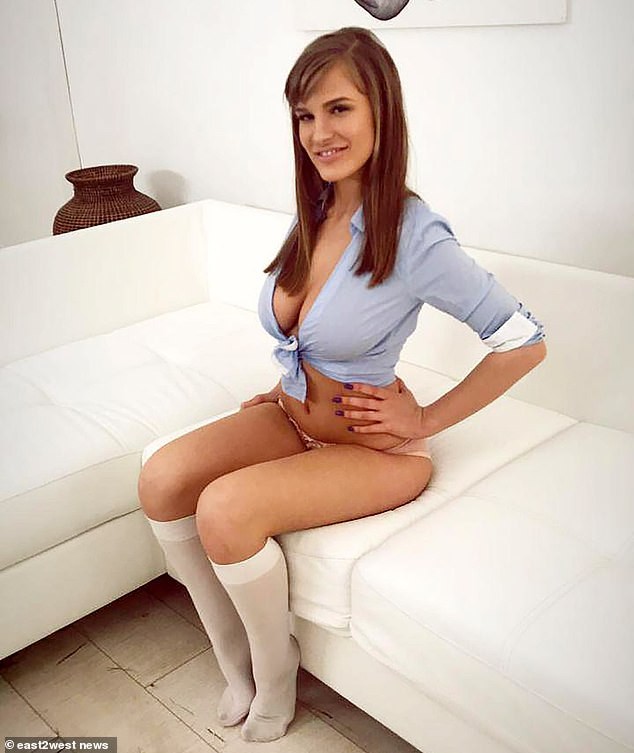 According to Police, the suspect father found Kudrova's battered body in the bath after going to his son's apartment when he failed to answer his phone. He then called an ambulance but she was found to have died of her injuries.

According to Mail Online, Andrey had allegedly kidnapped and 'severely beaten' a 32-year-old woman at his St Petersburg apartment back in July.

The publication also revealed that the 32-year-old had been convicted of kidnapping a woman friend and subjecting her to a four-day ordeal including 'torture' before she escaped by a 'miracle' after managing to alert neighbours.

Police are now warning that Demenkov who they have nicknamed 'Bluebeard' is a danger to women from violence and holding them against their will.

A law enforcement source said: 'We are looking for a criminal, but in fact, this is someone who… is a kind of 'Bluebeard'.

On his social media he posted 'Too weird to live, and too rare to die', and in another account 'Never believe a woman'.
Tweet