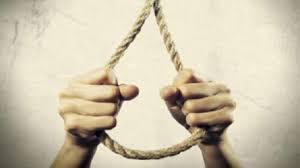 A native doctor in Abia state, identified as Onyeonoziri Friday, has allegedly committed suicide in front of his home in Ukpakiri village in Amaise autonomous community in Obingwa Local Government Area of Abia State, leaving behind a pregnant wife and a son.

The state Commissioner of Police, Ene Okon, who confirmed Onyeonoziri's death to newsmen, said the native doctor hung himself in front of his shrine which is located at the back of his apartment. He was said to have been battling with series of illnesses and became frustrated and depressed after several efforts to get healed through different sacrifices proved abortive.

A source in the area who gave her name as Ogadinma Nwachukwu told The Naton that they woke up on Sunday morning to the cry of help from his compound.

''It was this morning that we started hearing cries from his house and when we all gathered, we discovered that our brother, whom we all sat yesterday with is gone.
When we asked the wife, she said that the husband told her that he was going to pass the night at Ntighauzor. After that, she went inside the house while the husband told her that he wants to leave his machine behind the house. According to her, she came out in the morning, only to see the corpse of the husband dangling on a tree behind their house.” Ogadinma said

The police say investigation is ongoing to determine if there is any foul play.
Tweet