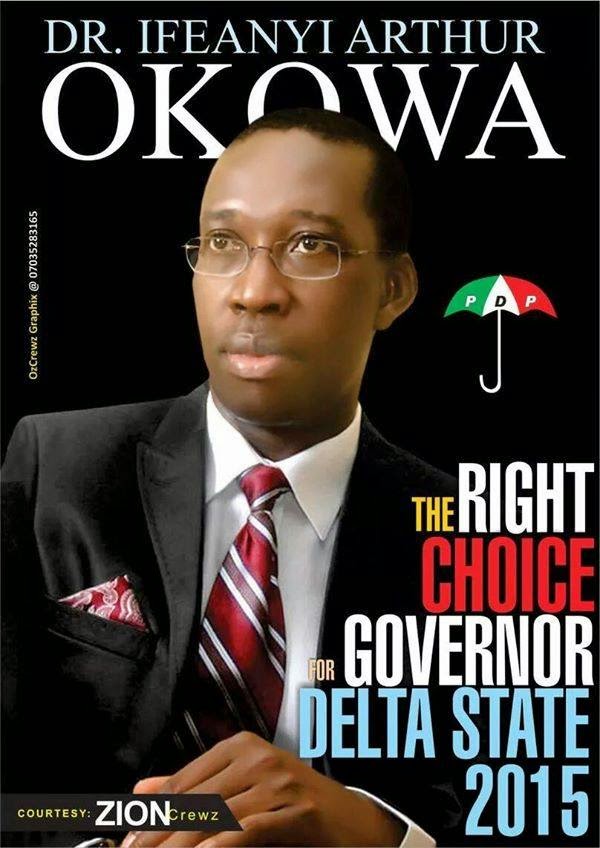 A respected Chief and the Isama of Akumazi in Ika North East Local Government Area, Chief Eric Ekabudike, has congratulated Senator Dr. Ifeanyi Okowa, on his victory at the just concluded Peoples Democratic Party (PDP) governorship primary held at Asaba, Delta State. He stated that the emergence of Senator Ifeanyi Okowa as the gubernatorial candidate of the PDP is a blessing from God and a sign of a new dawn for a better Delta State. Chief Eric, who is the PDP auditor in the local government, noted that he has no doubt in his mind that Delta State, under the leadership of Senator Okowa will witness tremendous change that will make the state look like heaven on earth. He enjoined the PDP governorship candidate to carry along party faithful in the state, so as to sustain peace and stability in his forthcoming administration.


He further appealed to Sen, Okowa to use his good office as governor come 2015 to solve most of the needs of Deltans, like good roads electricity supply, job creation for many unemployed graduates, among other challenges. He hinted that Sen. Okowa has been a God sent leader who does not discriminate, adding that he is a great leader who has the people interest at heart. Chief Ekabudike appealed to Okowa to remember the old PDP stalwarts who have contributed greatly to his victory and also to the growth and success of their great party, PDP. He called on Deltans, especially Ika indigenes to rally round and support Senator Dr. Ifeanyi Okowa so as to make Ika land a better place. He prayed God to give him good health and wisdom to lead Deltans to the promised land.
Tweet