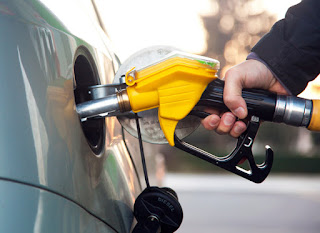 THE Independent Petroleum Marketers Association of Nigeria (IPMAN) has been urged to investigate the continuous sale of petrol above pump price at Agbor and its environs.

Residents, who spoke to The Pointer in separate interviews, decried the sale of the product above the recommended pump price of N87 by most filling stations, and the under dispensing that has become the order of the day.

According to a civil servant, Mr. Benson Okoh, the situation calls for urgent measures to address the exploitation of the people by the petrol dealers.

He said it has become so alarming that petrol stations within Agbor and Boji Boji Owa ration their sales so that the people will be compelled to buy at whatever price they decide to sell.

Mr. Okoh stated that most stations sell above N110.00 and some N100.00, and called on relevant agencies, particularly IPMAN to come to the aid of the people.

Also, a trader, Chinedu Ubaka, while corroborating Okoh’s position, said the ugly trend deserves government attention, to save the people from enslavement from the hands of petrol stations.

He emphasised that the problem of under dispensing be critically addressed so that consumers of the product can heave sighs of relief.

Ubaka said it is unfortunate, stations within the Ika nation refused to revert to the N87 as recommended by the Federal Government, urging IPMAN to help enforce compliance within Ika Nation.

Meanwhile, investigation by The Pointer revealed that most stations including MRS along Old Lagos Asaba Road, sell N100 per liter, while their meter still maintained the usual N87.00 on the dispensing machine.

The station’s attendant refused to speak with The Pointer when asked about the price being displayed and actual pump price being sold to consumers.

Further investigations showed that it is prevalent within the metropolis, as most stations display the N87.00 on their pump machine while selling above N110.00 to avoid being caught unaware by officials of the various agencies monitoring compliance.
Tweet