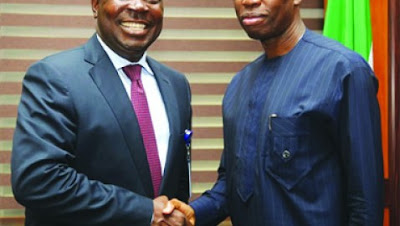 DELTANS have been described as too politically enlightened and socially aware to be hoodwinked or deceived by the flurry of campaign of calumny against Senator Dr Ifeanyi Okowa by opposition elements in the state.

Special Assistant to the Governor on Media, Mr. Augustine Avwode, stated this yesterday while reacting to what he called, the “latest in the series of campaign of calumny against an obviously popular and people- oriented government in the state”.

Speaking to The Pointer correspondent, the governor’s aide said; “The opposition elements in the state, last week, went to town pretending to be a better option and seemingly bemoaning the condition of Deltans. To me, such futile effort can only provoke hilarious laughter by Deltans.

“These are the same people, who were emphatically and totally rejected by Deltans less than five months ago in a general elections, largely because they could not articulate anything of substance they intend to offer Deltans. How can you, therefore, compare a governor who was overwhelmingly elected based on the popularity and acceptance of his clearly spelt out SMART Agenda designed to usher in prosperity to all Deltans, with others who have nothing concrete to offer them? Isn’t that absurd?

“ I trust our people; they are too politically sophisticated and they are too socially aware to be hoodwinked or deceived by the persistent campaign of calumny by the opposition elements in the state. As we say in Delta, ‘ our eye open pass all that’ “.

Avwode noted that Deltans made the best choice by electing Senator Dr Ifeanyi Okowa as their governor, and they are not regretting it. “In the less than 90 days in the saddle, Governor Okowa has not disappointed them and he will not disappoint them”, he assured!

He stressed that Governor Okowa has demonstrated beyond doubt that he has the overall interest of the people of Delta State at heart and will never betray their trust by shying away from taking the right decisions.

“We have a governor who will never betray the sacred trust Deltans reposed on him by electing him as their governor. He will be there for them night and day and will always take the right decisions, no matter how hard or difficult, as long as they are in the best interest of Deltans. After all, having the political will to take tough decisions in the best interest of the people is one of the hallmarks of quality leadership”.

“Governor Okowa hit the ground running, but if the opposition has chosen not to see what he is doing, Deltans are not blind and will not be deceived by their campaign of calumny,”he insisted.
Tweet