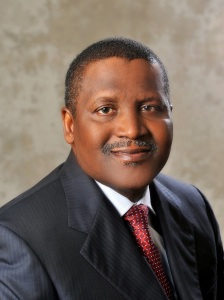 The Chancellor of Kano University of Science and Technology (KUST) and Africa’s richest man, Alhaji Aliko Dangote has pledged to pay four- year wages of 15 science- based professors to teach at the university.

In a press statement addressed to LEADERSHIP in Kano to mark the 15- year anniversary of the university, the Vice Chancellor, KUST, Prof Shehu Alhaji Musa added that the business mogul has also promised to construct houses for the professors.

The vice chancellor stated that the university is currently undergoing serious improvement in all spheres where an international acclaimed university wishes to be.

According to him, capital projects worth N8 billion are either completed, ongoing or on early stage of development, from individuals, Tetfund sponsored projects, as well as the state government.

He noted that the university is in collaboration with various stakeholders from within and outside Nigeria in view of making the varsity best among equals.

Alhaji explained that the university has made huge progress in the last 18 months and that has been achievable with the support of his dedicated academic and non- academic staff.

Prof Alhaji revealed that the university has produced four professors and scores of PhD holders as well as other qualified teachers who are currently studying in various universities across the world.