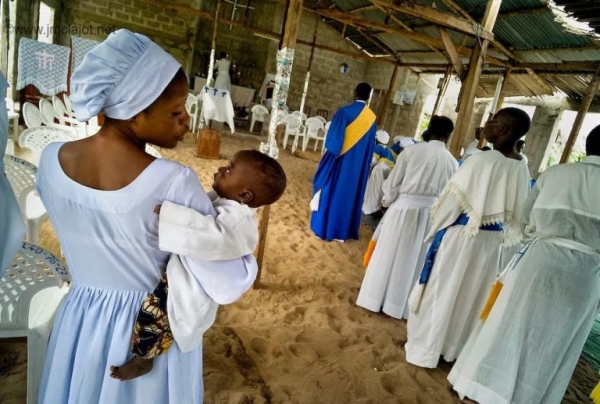 Olorunisola was said to have hit the deceased, identified as Kehinde on the head with a diabolic ring.

The deceased, who died after three days in the hospital, confirmed that he was hit on the head with a spiritual ring, but the pastor claimed that he used one of the big crucifixes in the church on his victim.

Immediately Olorunisola saw the gravity of his offence, he absconded, but was later arrested by the police.

The unfortunate incident took place on the night of Tuesday, December 8, 2015, after the pastor accused Kehinde of trying to have carnal knowledge of his four-year old daughter. He claimed that it was the anger and effort to save his daughter that prompted him to hit the deceased with the crucifix.

But before he eventually died, Kehinde who was receiving treatment at a Lagos private hospital, claimed that his pastor actually hit him with a charm (ring). Taiwo, the twin brother of the deceased, who resides abroad, is said to have vowed that justice must be done on the case.

He has been communicating with other family members in Nigeria to ensure that the killer of his twin does not go unpunished.
Tweet