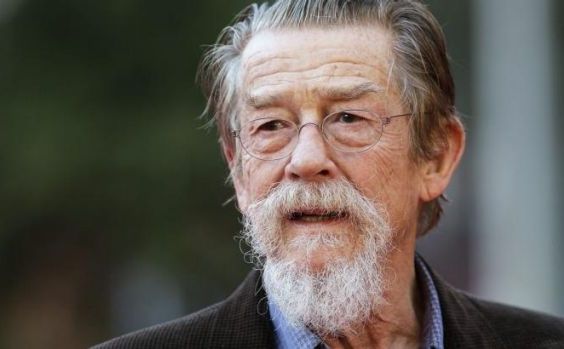 British actor, John Hurt who garnered Oscar nominations for his roles in "Midnight Express" and "The Elephant Man," has died at the age of 77, his agent confirmed this morning. He died yesterday Jan. 27th in London just 5 days after his 77th birthday.

Hurt worked more than six decades in television, movies and voice work in England and the United States. He recently played a priest who counsels Jacqueline Kennedy in last year's biopic "Jackie".

Mourning him, actor Kiefer Sutherland tweeted: "My deepest sympathies to John Hurt's family, friends and fans. He was a dear friend."

On 16 June 2015, Hurt publicly announced that he had been diagnosed with early-stage pancreatic cancer but aid he would continue to work while undergoing treatment. 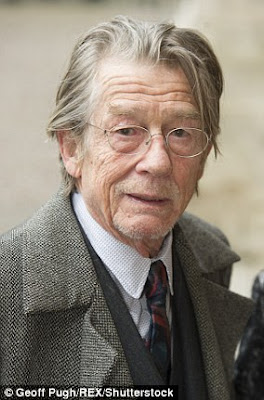 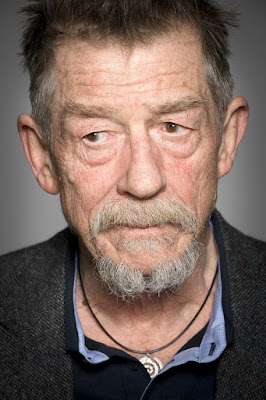 From his Wikipedia page...


Hurt played leading roles as John Merrick in David Lynch's biopic The Elephant Man (1980), Winston Smith in a version of Nineteen Eighty-Four (1984), Mr. Braddock in the Stephen Frears drama The Hit (1984), and Stephen Ward in the drama depicting the Profumo affair, Scandal (1989).

He is also known for his television roles such as Quentin Crisp in the television film The Naked Civil Servant (1975), Caligula in I, Claudius (1976), and the War Doctor in Doctor Who.[3][4] Hurt's other films include the prison drama Midnight Express (1978), the science-fiction horror film Alien (1979), the adventure film Rob Roy (1995), the political thriller V for Vendetta (2006), the sci-fi adventure film Indiana Jones and the Kingdom of the Crystal Skull (2008), the Harry Potter film series (2001–11), the Hellboy films (2004 and 2008), and the Cold War espionage film Tinker Tailor Soldier Spy (2011). His character's final scene in Alien has been named by a number of publications as one of the most memorable in cinematic history.

Recognized for his distinctive rich voice, he also enjoyed a successful voice acting career in films such as Watership Down (1978), the animated The Lord of the Rings (1978), The Black Cauldron (1985) and Dogville (2003), as well as the BBC television series Merlin. One of Hurt's last films is the biopic Jackie (2016), alongside Natalie Portman, about Jackie Onassis.

He will next be in the 2017 film Darkest Hour, as British Prime Minister Neville Chamberlain, due to be released in November. Among his honours, he received two Academy Award nominations, a Golden Globe Award, and four BAFTA Awards, with the fourth being a Lifetime Achievement recognition for his outstanding contribution to British cinema. He was knighted in 2015 for his services to drama.