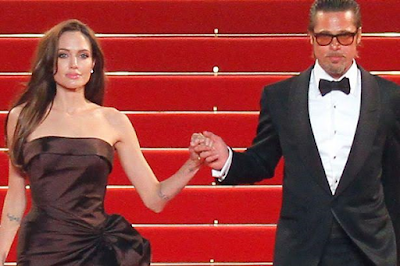 Estranged couple, Angelina Jolie and Brad Pitt are about to have their relationship made into a documentary by film maker, Ian Halperin, 52. Ian revealed that the movie will be an exposé on the life of the celebrity couple, including intimate details behind their breakup and never-before-seen footage and interviews of both of them.
As a teaser to what is to come, Ian claimed that Jolie and Pitt had been separated for more than one year prior to announcing their break-up in public.

A source disclosed that Ian will reveal so many secrets, including the real reason why the couple broke up. Angelina and Brad who are in the midst of a divorce will no doubt be affected by the release of this documentary and a source believes the documentary is the last thing the couple need at this time.
Tweet