16 mourners killed and coffin smashed by lorry in Zimbabwe (Photos) 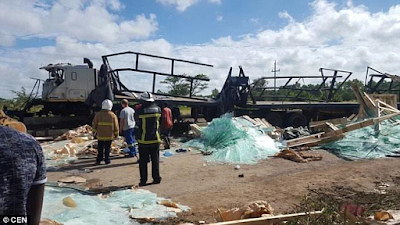 Sixteen mourners were crushed to death when a lorry overturned during a funeral procession in Zimbabwe. The Lorry reportedly struck a pothole near the National University of Science and Technology in Bulawayo, Zimbabwe before it crashed onto vehicles carrying mourners on Wednesday, March 8, 2017. 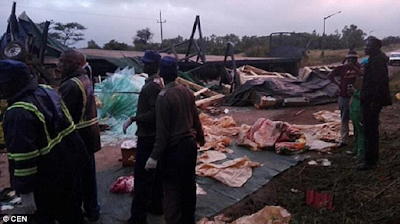 As a result of the tragic accident, 16 people were killed instantly, three were rushed to the hospital while five people survived the crash including the lorry driver. 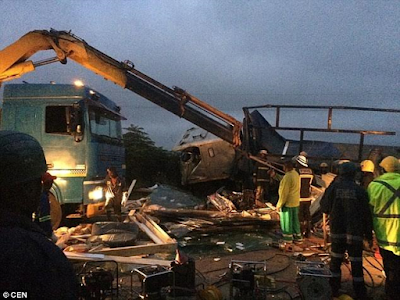 Pictures of the scene below show the vehicle's load of glass was left shattered. The funeral vehicle's coffin was also smashed to pieces. 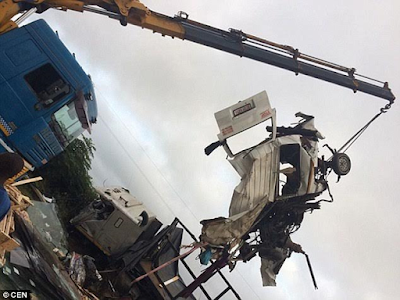 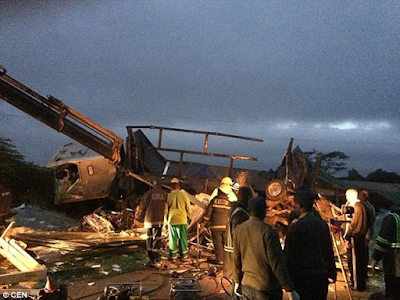 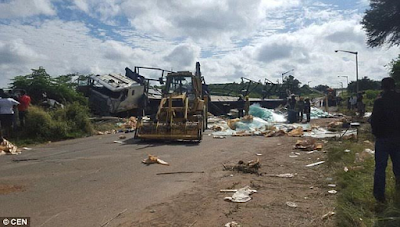 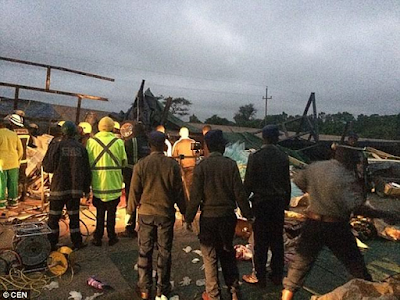