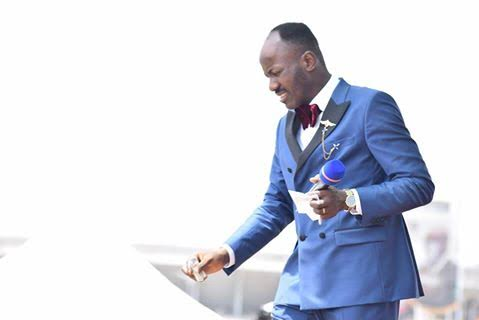 The Ghana, Accra edition of the ‘Help From Above’ crusade may have been ended, but the frills and thrills of the two-day divine encounters will remain on the radar for a long time to come. Indeed, it was a one-in-a-life-time experience God believing Ghanaians would not forget in a hurry. 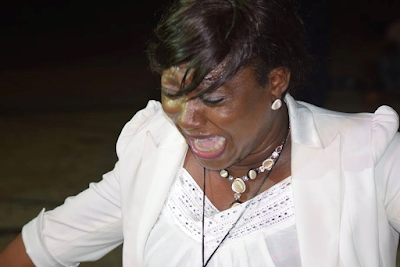 The Oracle of God and president of the Omega Fire Ministries worldwide, Apostle Johnson Suleman, with his wife, Reverend (Dr.) Lizzy Suleman and a host of OFM ministers, moved the Apostolic train to the former Gold Coast country on Monday, 20th of March for the holy conference which came to a fulfilling end on Tuesday, 21st of March 2017. As God moved, attendees who stormed the venue of the event from the nooks and crannies of Ghana were more than amazed at the wonders God performed through His able servant. 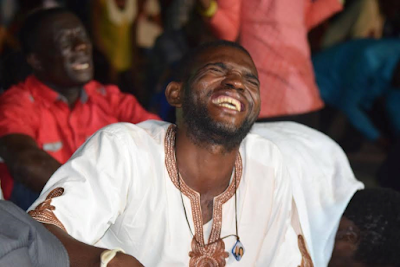 Apostle Suleman during the conference did not only pray that people’s destinies were restored and their health and financial wellbeing buoyed, he also used a special session of the programme to bless Ghana that God make the country great again. He prayed for President Nana Akuffo Addo, his vice, all the parliamentarians and mayors; he blessed Ghanaian businessmen and women, the public servants and the professionals, praying that the wisdom to make Ghana great again in the comity of nations be released upon her citizens. 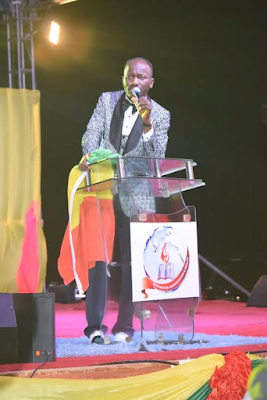 As the man now referred as ‘Lion of Africa’ progressed in the divine programme, thousands were led to Christ Jesus and received His mantle to shatter the wrong foundations of their life. “Any tree that is not of God in your life, by this encounter it is uprooted”, Apostle Suleman demanded of God as he led the flocks in supplication. 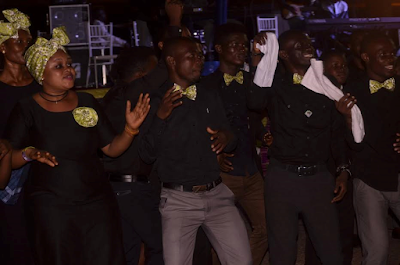 In a surprise manner, the OFM Ghana used the occasion to celebrate Apostle Suleman whose birthday comes up every 24th of March. A giant cake was presented and superb praise and worship songs held. And as the programme came to a close with the symbolic handing over of Ghana’s national flag for consecration, the man of God blessed the mass choir of the OFM Ghana with the sum of $1000 (one thousand US Dollars) for their steadfastness and brilliant presentation.

The attention is now focused ultimately on Apostle Suleman’s birthday celebration in Nigeria. The celebration day is Sunday, 26th of March, 2017 and Apostle Suleman has promised to use the thanksgiving service to bless more souls both in holiness and materially. As the grand event holds at the Auchi, Edo State headquarters of the OFM on Sunday, the world appears ready to celebrate the man called “The Voice of the Gospel.”
Tweet