Dubai is planning to launch driverless flying taxis this year 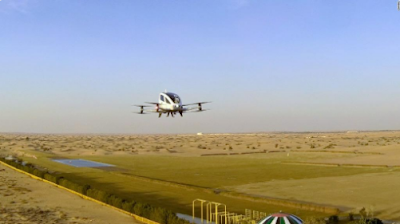 Dubai is moving on from amazing innovations like the world's first rotating skyscraper and 3D printed office to a new fleet of flying taxis. According to Dubai's Road and Transport Authority (RTA), they are small enough to fit into a car parking space when folded up, the one-seater passenger drones made by Chinese company Ehang are set to start picking up passengers in July this year.

The electrically powered driverless drones named Ehang 184 have already been seen hovering above the sand dunes near the city's airfield during test flights. "The 184 provides a viable solution to the many challenges the transportation industry faces in a safe and energy-efficient way," said Ehang founder and CEO Huazhi Hu when the vehicle was unveiled during the 2016 CES gadget show in Las Vegas. 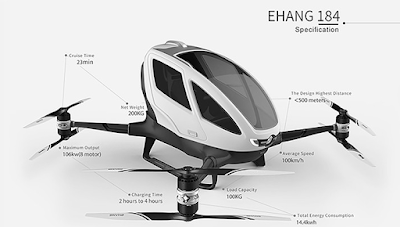 Powered by eight propellers, Ehang says the 184 (which stands for one person, eight propellers, four arms) will cruise at around 100 kilometers per hour. The routes will be programmed by a ground control center through an encrypted 4G network which will monitor the flight.
Tweet