Exclusive: Danku replies Rayce, releases screenshots confirming he has a son in Ilorin 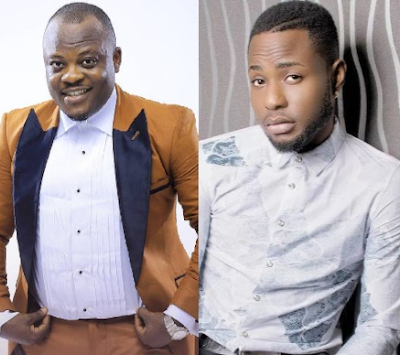 So, there's new drama in the Nigerian music industry. This time it's between singer, Rayce and his former manager, Danku.

During the week, Rayce who is now signed on to a new label, Jebon records, released a disclaimer officially disassociating himself from Danku saying he no longer represents him. Now Danku has responded, in a rather feisty manner.
In a series of exclusive screenshots obtained by LIB, Danku claims that Rayce is an ingrate and he once Impregnated a lady who they refer to as 'Ewa the prostitute' in their text messages.

Below is a text message exchange allegedly between Danku and the owner of Rayce's new label, Jebon. 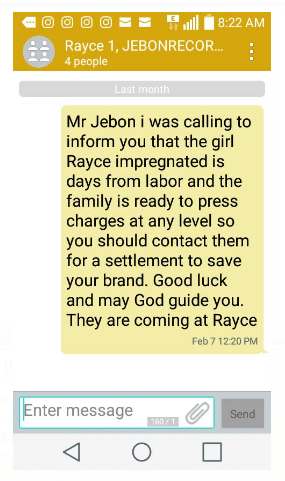 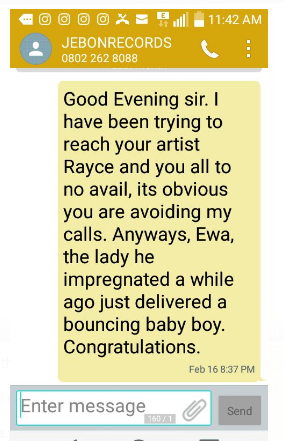 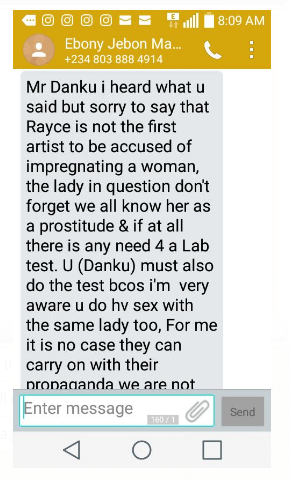 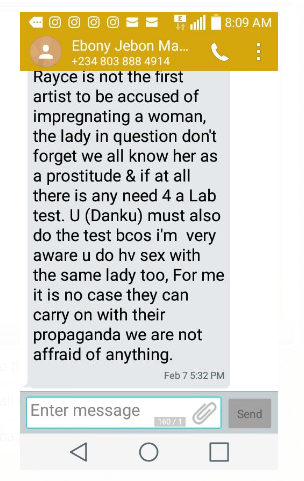