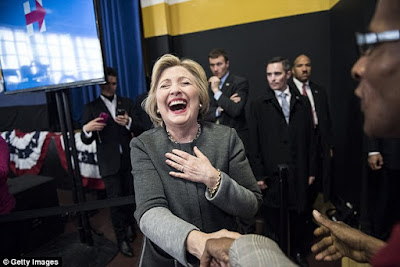 Former Secretary of State and Democratic Presidential candidate who lost to Republican Donald Trump during last year's presidential election, Hillary Clinton said on Friday that the failure of the Republican plan to repeal Obamacare was 'a victory for all Americans.' She took to her twitter page to express her happiness. She tweeted: 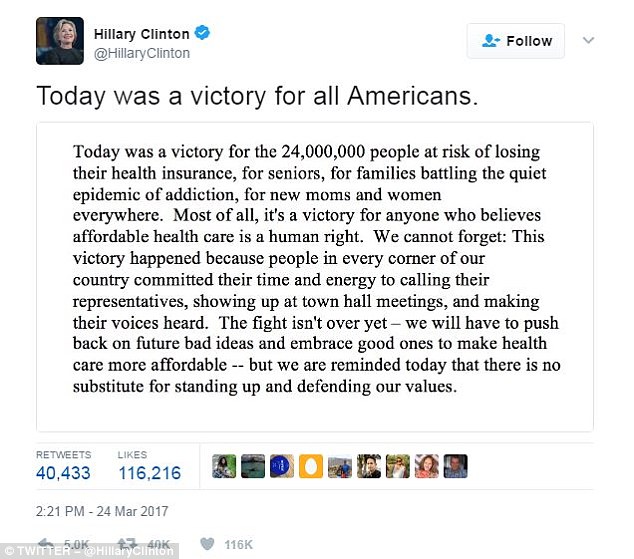 'Today was a victory for the 24,000,000 people at risk of losing their health insurance, for seniors, for families battling the quiet epidemic of addiction, for new moms and women everywhere.' 'Most of all, it's a victory for anyone who believes affordable health care is a human right.' 'We cannot forget: This victory happened because people in every corner of our country committed their time and energy to calling their representatives, showing up at town hall meetings, and making their voices heard.'

She then posted a number of stories of people who have benefited from Obamacare, also known as the Affordable Care Act. Then added:


'But this fight isn't over yet and we can't forget who it's about,' Clinton tweeted.