Home » World News » Illegal Immigrants crossing from Mexico into the U.S. has reduced by 40% since Trump's presidency

Illegal Immigrants crossing from Mexico into the U.S. has reduced by 40% since Trump's presidency 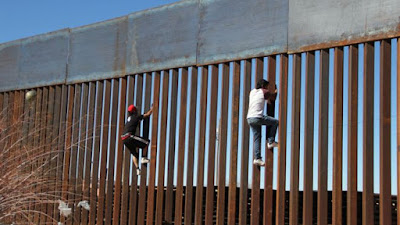 Homeland Security chief John Kelly announced that 40 percent fewer illegal immigrants entered the U.S. from Mexico in February than from the previous month. Kelly claimed that the "change in trends" resulted from President Trump’s immigration policies. He stated that the number of “inadmissible persons” at the southern border dropped to 18,762 persons in February from 31,578 in January. He added:

"Since the administration's implementation of executive orders to enforce immigration laws, apprehensions and inadmissible activity is trending toward the lowest monthly total in at least the last five years.”

Kelly said the U.S. Customs and Border Protection agency usually sees a 10 to 20 percent increase in apprehensions of illegal immigrants from January to February.

On January 25, Trump signed two executive orders. One ordered a wall to be built along the roughly 2,000-mile U.S-Mexico border.

It also provided additional resources to DHS to stop people intending to “illegally enter the United States without inspection or admission,” and called for an additional 5,000 border agents.
Tweet