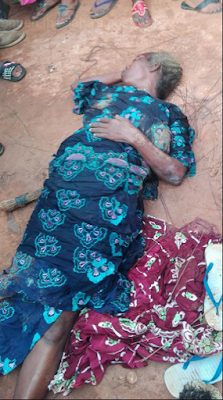 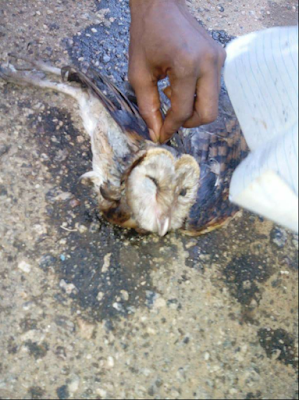 General Overseer, The Lord's Army Ministry, Pastor Stephen Ihesiabia shared these photos of an owl that allegedly transformed into a woman at "Boundary road Shasha Akowonjo area Egbeda, Lagos state. It is alleged that after the bird was struck by thunder, it began to struggle with a dog. When some people came around, they hit the bird with a broom and it turned into this woman. He wrote;


"A witch flying either going to or coming from their witch craft meeting crash landed as thunder struck her.. Source said as the rain was showering last night and the witch was flying and thunder struck and a very big black bird fell down, sources around the evirons at that moment said the big black bird began to struggle with a dog and people came out and hit the bird with a broom and it turned to this woman. I stand as a prophetic man of God and command heavenly thunder any wicked man or woman flying at night for your sake Holy ghost thunder fire them in the Mighty Name of Jesus Christ." 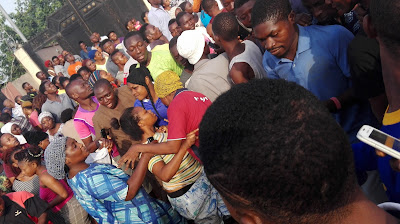 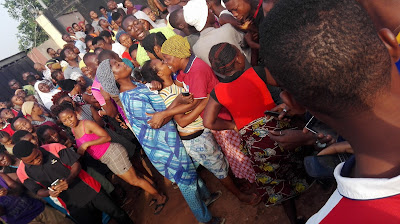 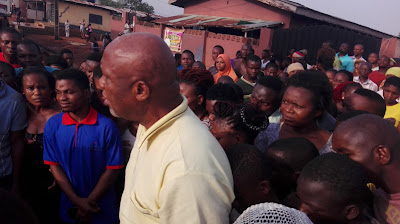 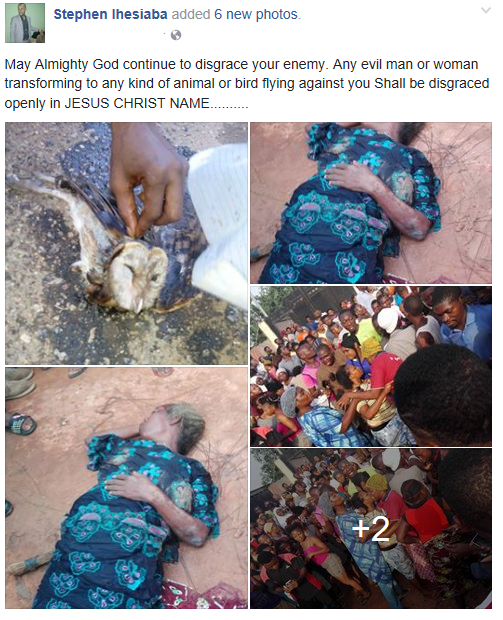