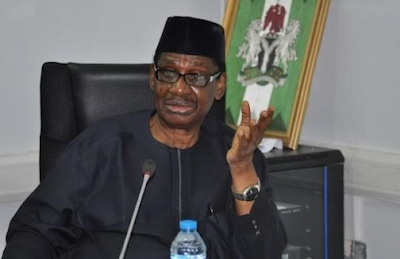 Chairman of the Presidential Advisory Committee Against Corruption (PACAC) chairman Prof Itse Sagay (SAN) says there is no law that stops Magu's renomination by President Buhari.

Speculations were rife online yesterday that acting Chairman of the EFCC, Ibrahim Magu, may not be renominated by President Buhari after the senate rejected his nomination for the second time yesterday. However speaking to the Nation, Sagay says there is no law that prohibits President Buhari from renominating Magu.


“They know that Magu has been outstanding in the fight against corruption, and that his achievements have simply been extremely praiseworthy. He’s been consistent; he’s committed. He’s a man of high integrity and his productivity has been high. The only reason they will refuse to confirm him is that they decided to be perverse on this occasion for reasons best known to them. Probably it’s known to everybody. Maybe it’s because he’s just too good for the job, and a lot of people are uncomfortable with people like that who are committed and determined to root out corruption from the country. That’s what it is. They have done their own part of the job – very good. They don’t appoint, they merely confirm. So, the appointor will continue to appoint.”