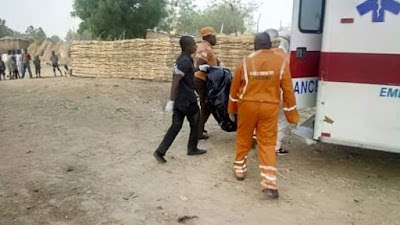 Four people including a mother and her two children were killed yesterday night March 18th, when three suicide bombers, (two teenagers and an adult,) attacked umarari village of mulai community in Jere LG of Borno State.

One Civilian JTF was also killed while eight people were injured. All the casualties were evacuated to Borno State specialist hospital by the NEMA ERT and SEMA . The remains of the three suicide bombers were also deposited at the mortuary of the hospital. 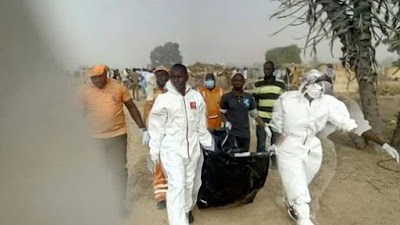 Spokesperson for the Borno State Police Command, Victor Isuku, who confirmed the incident said the suicide bombers attempted to infiltrate Maiduguri town through Umarari village in Molai.
"They were sighted by Civilian JTF and challenged. They detonated the IEDs strapped to their bodies while running to different directions," said Mr Isuku. 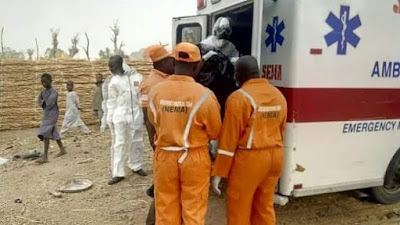 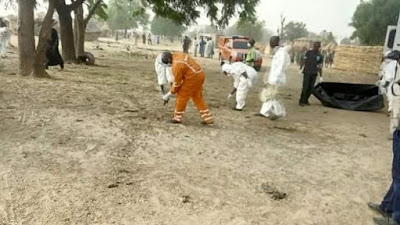 "Four people which included a ivilian JTF, a woman and her two children died, while eight others sustained injuries, and have been taken to hospital,"
Tweet