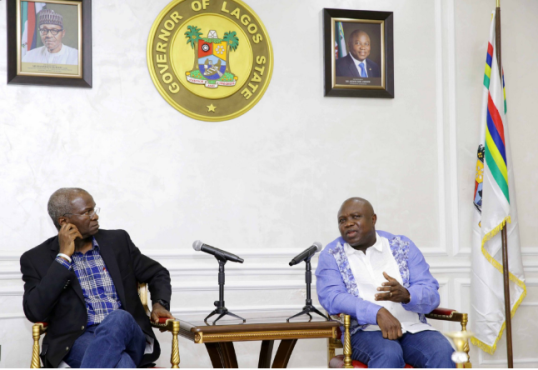 All seems well between Lagos State Governor, Mr. Akinwunmi Ambode his predecessor in office and Minister of Power, Works and Housing, Mr. Babatunde Fashola as both men sat down for a chat in Lagos today.
Before now, there's been reports of beef between them and they even issued statements throwing jabs at each other. 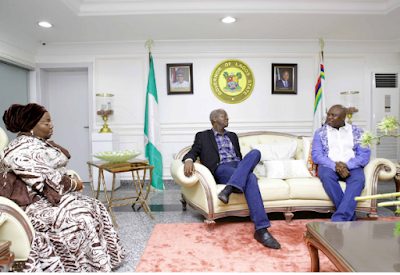 Ambode received Fashola and some top officials of the Ministry on a courtesy visit at the Lagos House, Ikeja today where he said,


'On behalf of the people of Lagos State, I would like to wholeheartedly welcome Mr. Babatunde Fashola, my predecessor and now Minister for Works, Power and Housing and especially back to the Alausa office where he actually left about 22 months ago'. 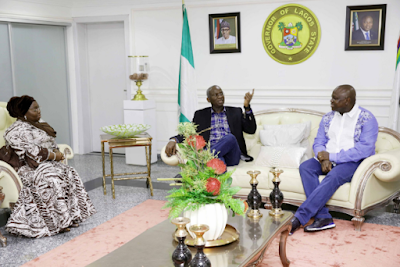 
'“I want to say that this is a historic moment for us, notwithstanding that the Honourable Minister lives in Lagos, this is the first time he is stepping his feet into the Alausa premises and we need to honour him for that and say a big thank you for coming back home.”