An N-Power teacher in Delta State identified as one Benjamin Enuofu has been accused of beating and brutalizing a serving member of the National Youth Service Corps NYSC because she refused to handover the money allocated to their house inter-house sport. 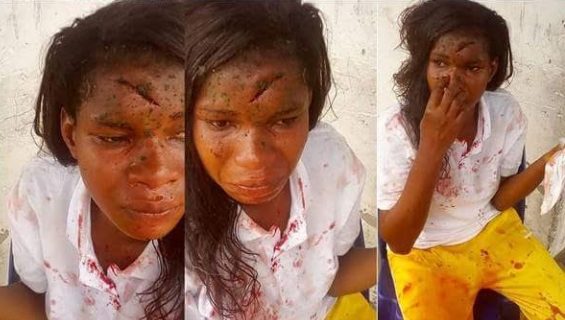 Below is what her friend, Kasumu Mariam Omotoyosi, wrote;

"Good day, my name is kasumu mariam omotoyosi. I am a Corp member, currently serving in edo state. .

I would like to report a case involving one of my friends who is serving in delta state. Her PPA is ‎Obodeti senior secondary commercial school, Ndokwa west LG. She was beaten up by an N-power teacher named Enuofu Benjamin because she refused to handover the money allocated to their house inter house sport for him to flex with it. .

"After the incident, she reported at Abbi police station, Delta state, but nothing has been done about it. She also reported to her local government inspector and no action has been taken. I have attached pictures as a proof and also a copy of the IDcard of the Corp member in question"