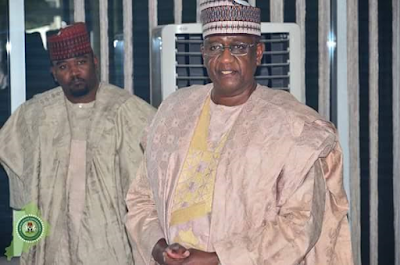 Alhaji Mohammed Indimi,  Maiduguri billionaire, and In-law to President Muhammadu Buhari has described Governor Kashim Shettima'srecords of achievements in Borno as unbelievable, saying it surprises him, how the Governor has changed the faces of Maiduguri and other parts of the State despite meagre resources and management of the Boko Haram insurgency.
Indimi stated these while receiving Governor Shettima at his expanse residence in Maiduguri on Thursday evening. 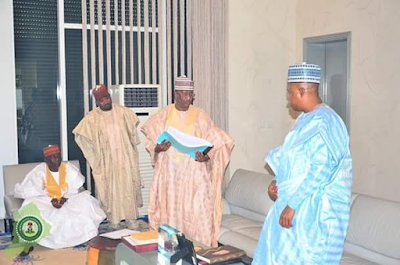 The Governor’s visit was to follow up on Indimi's pledge to make huge contributions in areas of infrastructure and agriculture to support ongoing efforts by the Government to rebuild homes, rehabilitate and resettle internally displaced persons in safe communities destroyed by insurgents. 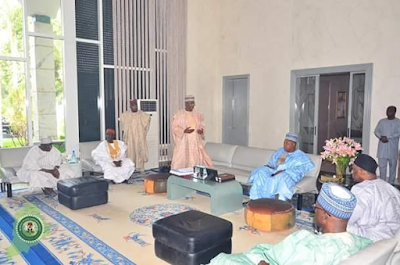 "‎What you are doing in Borno State despite small resources is unbelievable. I don't know how you do it. You have completely changed the faces of Maiduguri. I have been to many states and I can say that many leaders do not come close to what you are doing in Borno State. In the past, whenever I had foreign visitors coming to visit me in Maiduguri, I made sure they arrived Maiduguri at night so that they wouldn't see horrible sights, but today, I make sure my visitors come in the day time because I am proud of what they will see on entering Maiduguri. If you arrive Maiduguri today, you will know there is Government in place. The city is becoming more and more beautiful and I am very proud because today my State (Borno) can compete with any State in this country. Sometimes I feel as if I am the one telling you what to do and the reason is that most of your developmental projects are things I always wish for Borno. I don't know how your mind works, maybe from your background, but really you are doing so many things and we have to support you" Indimi said. 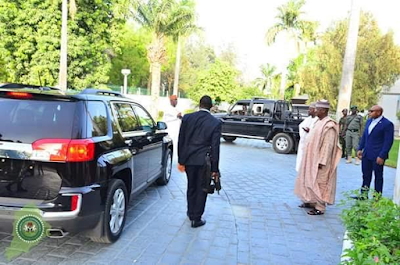 The Billionaire said in addition to what he sees going on, he had sent a group of his children to visit sights of some ongoing Government projects taking place outside the city centre and the reports he got were very positive. 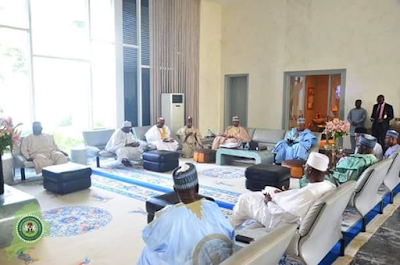 Indimi promised to intervene in areas of modern agriculture so as to create livelihoods for internally displaced persons who return to safe communities. 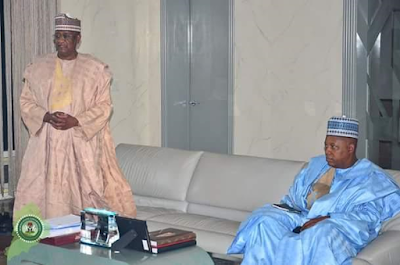 "What I want to do is get closer to Bama, where I can get atleast a 1000 or 2000 hectares of cultivable land to build modern farms that at least half of returnees can earn their livelihoods by the time people from the city depend on their produce. I want to do the same in other locations like Ngala and other places. Apart from farming, I will support in the area of infrastructure. I am sure between now and 2019, if am alive, insha Allah, I will fund some projects but it is for you to decide what you want us to do. I really really appreciate what you are doing in Borno State, honestly and we will support you, insha Allah. ‎I also want to appreciate your humility. I requested to come to see you in your office at the Government House but you insisted on coming to my house. I thank you for the honour" Indimi said to Shettima. 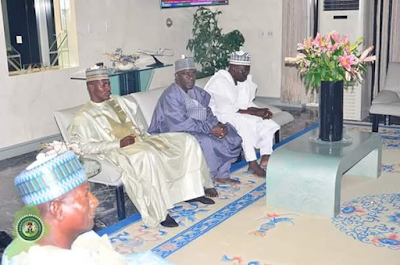 The Billionaire business man said efforts must be combined to rebuild the economy of Borno State with particular focus given the places like Baga where where nearly 50% of Borno's economy was coming from prior to insurgent attacks. 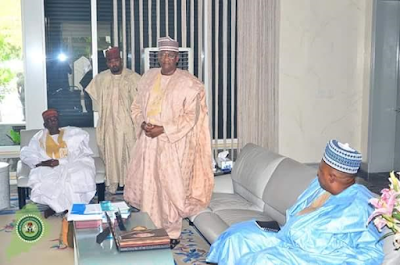 Governor Shettima thanked Indimi for his passion describing his offers as overwhelming.


"We are immensely grateful sir, for your magnaminity, for your generousity of spirit, and I believe that when the history of this epoque is written, your name will be written in gold. Allah has blessed you, and you equally blessed the people of Borno with your resources. There are two individuals that I can mention who have fiercely assisted us. One is Alhaji Aliko Dangote, second is Alhaji Mohammed Indimi. These are our two greatest benefactors. We are coming in the car, we were analysing the Indimi persona. This is one elderstatesman well endowed by Allah, but who has fiercely identified with the community. He loves Maiduguri, he loves Borno, he is passionate about Maiduguri, he is passionate about Borno. He has brought more visibilty to Borno than any son of Borno ever born. Hardly has he ever held any of his functions, all the marriage ceremonies, even in the heat of the Boko Haram insurgency, all his ceremonies were held in Borno. He has never shied away from his roots, from his ancestry, from his people, and he is someone who has never disowned the people he had known for ages" the Governor said. 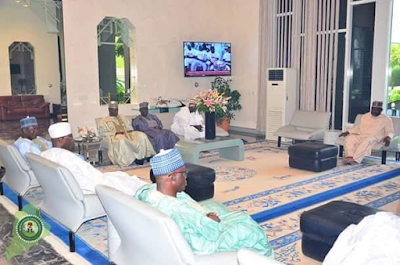 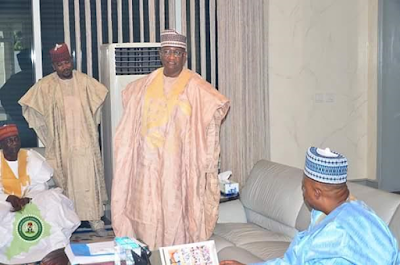 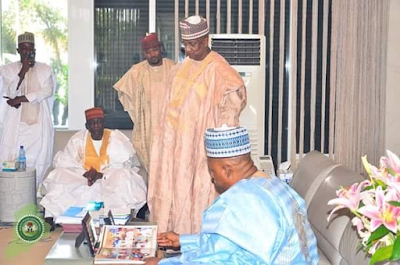 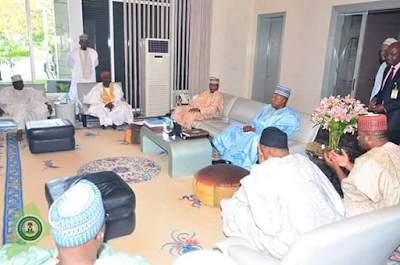