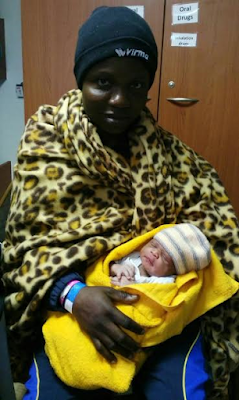 A Nigerian woman gave birth to a baby girl on a migrant rescue boat en route to Italy on Tuesday morning, March 21.
The crew on the Aquarius ship had rescued 946 people and was travelling to Italy when the mother, Taiwo, went into labour. 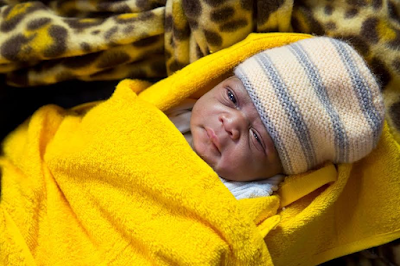 The birth went smoothly and the baby named Mercy, weighing a healthy 3.7kg (8 ounces), disembarked in Catania with her mother later on Tuesday. Italian authorities and relief organizations were on hand to assist the rescued migrants.

"Giving birth to a child is one of the most intimate moments in a woman's life, and she had to go through it on a boat surrounded by complete strangers”, said midwife Elizabeth Ramlow, who was aboard the boat.

Monday and Tuesday's rescues came after a busy weekend, which saw over 3,00 people rescued in one day as migrants take advantage of milder weather to attempt the risky crossing.
The total of 947 brought to shore on Tuesday - including Mercy and 200 unaccompanied children - was a record for the Aquarius boat, coming as aid organizations have raised fears that spring could see a further increase in the number of migrant arrivals.
More photos below.. 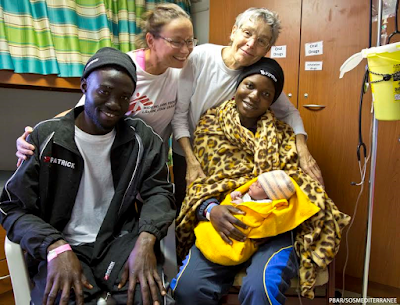 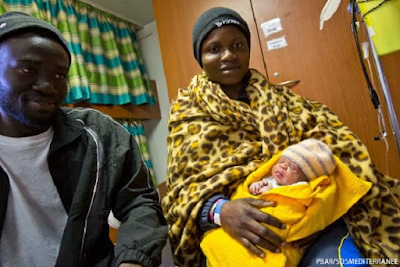 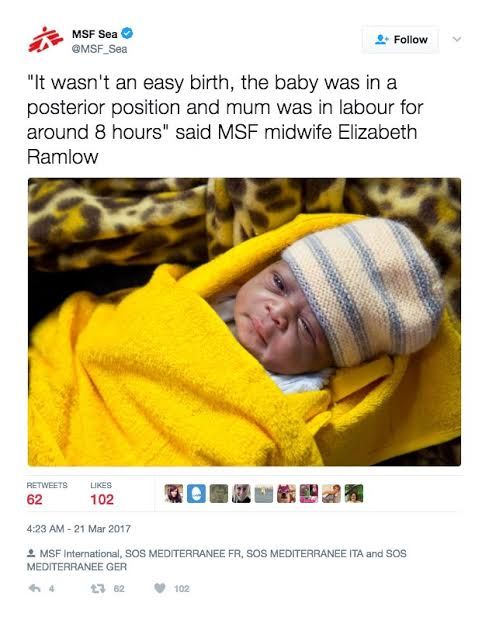 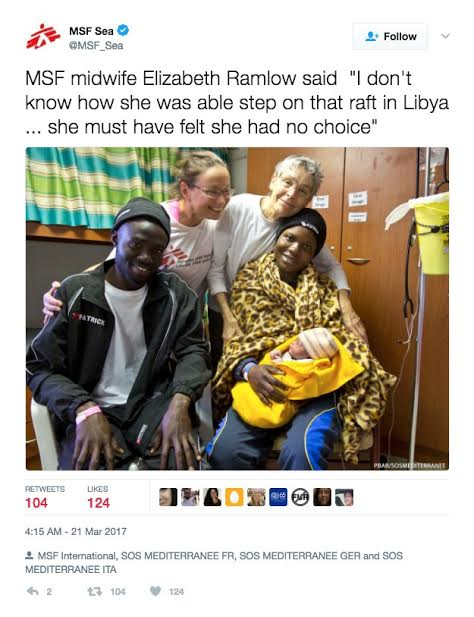