Home » Arts and Entertainment » Update on twin sisters,16, and father killed in Canada: Their doting father did the shooting

Update on twin sisters,16, and father killed in Canada: Their doting father did the shooting 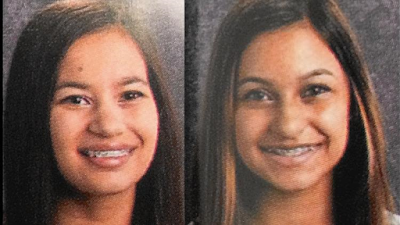 Earlier today it was reported that twin sisters,16, and their father, 48, were found dead in their apartment in St. Charles, Canada, while their mother was injured with gunshot wounds.

All evidence in the story seemed to point to the mother as the culprit and most arrived at that conclusion too, but it has now been revealed that it was the father who killed his daughters, shot his wife, before turning the gun on himself.
He spared his wife's life because, according to him, he wanted her to live and suffer like he did.

Police revealed that the father Randall Coffland called police on Friday evening to inform them that he had killed his twin daughters. He could also be heard in the 911 call recording saying to his estranged wife: "I want you to live and suffer like I did."

He shot himself and his daughters point blank in the head but shot their mother on both legs. Soon after he called, the mother of the twins, Anjum Coffland, also called 911, screaming, "My girls are dead," while calling out the girls' names. She told the dispatchers that her estranged husband had shot her and her daughters. 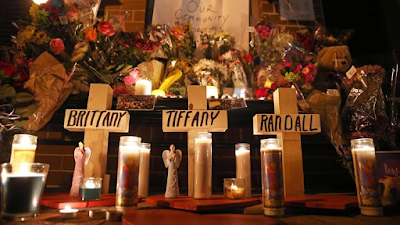 Police released the 911 call recordings following a news conference on Sunday in which they referred to the incident as a domestic situation..


"This is a tragic and horrific event," Deputy Chief David Kintz said at the news conference.

Randall and his twin daughters had been living together in the First Street apartment, while their mother Anjum Coffland had been living in another St. Charles apartment, according to authorities. The reason for the couple's split or how long they've been seperated for was not revealed.
Tweet