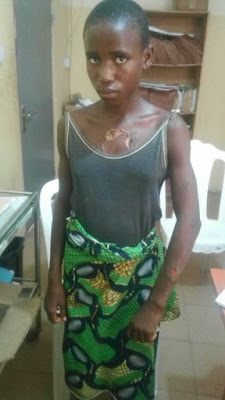 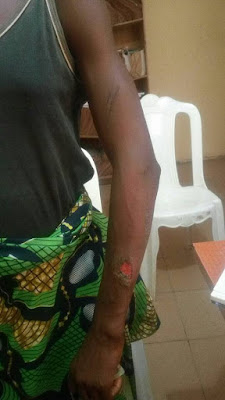 A Facebook user who didn't really explain how this little girl got the burns on her body said the wife of a high ranking policeman allegedly abused the girl pictured above. According to Hammid Bakare on Facebook, the woman and her police husband are trying to cover up this case as the girl, Esther is receiving treatment at Kuje Hospitsal Abuja. Read what he wrote below: 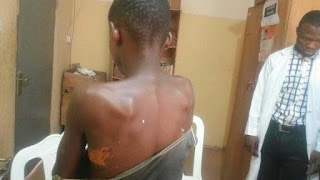 THIS CHILD NEED YOUR VOICE!!! This is Esther picture below; a victim of serious child abuse brought into Kuje General hospital yesterday.

According her, somebody she knows as mother and calls mother did this to her.

Why she needs your help to spread this news so that the appropriate authority can save her is that they are trying to cover up her case. And that she may not really belong to this woman.

The woman that did this to Esther is married to a high ranking police officer and they are trying to use position to cover up evil.

Help Esther and call Kuje General hospital medical director Dr. Egbi @ 0802 322 2663 tell him to do the right thing and hand the case over to police. Bombard our agile police with calls to please work for helpless Esther 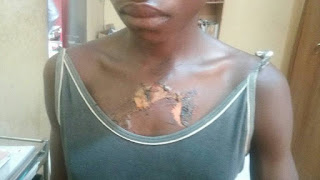 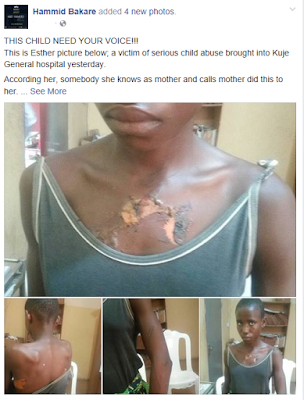