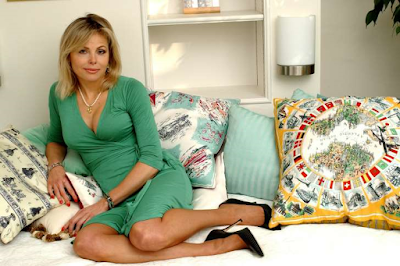 A woman, Julia Stephenson who is a journalist, environmentalist and former It-girl,  has been labelled “deluded”, “shallow” and “embarrassing” after writing a tell-all article claiming she was unable to be faithful to her husband because she is “too beautiful”. Stephenson wrote a controversial article for the Mail Online titled: “The agony of being too beautiful to be faithful.”

Stephenson who rubbed shoulders with the likes of Tara Palmer-Tomkinson in her youth and gained a reputation as a society girl, in her article, wrote about her experiences of marrying young – aged 26 – to a man she described as “not much of a looker”. 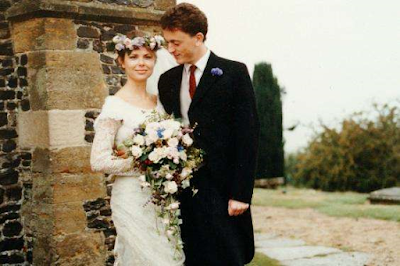 She wrote that, as she “blossomed” in her 20s, she became “fixated with the idea that I’d made a dreadful mistake in settling for someone whom I had mistakenly assumed was the best I could hope for”.

She said because of her self-proclaimed beauty, she was constantly surrounded by adoring men who wanted to seduce her, which made her decide to leave her husband and enter into a string of flings, affairs and short-lived relationships.

She said her infidelities weren't entirely her fault, explaining she is “too pretty for her own good”.

However, she received backlash for what some considered 'vanity'.

Her readers were less sympathetic to her “agony”, with many saying her first person article was “ridiculous”, slamming her as “shallow” and “deluded.com”.
One reader said:


“There's a difference between thinking highly of oneself and being completely downright shallow!”


“Is this for real ?!? Give your head a shake, madam, and admit that you were an unfaithful wife who CHOSE to dishonour your marriage vows. “This article is an embarrassing read.”

While others stated that infidelity has othing to do with one's looks.
One wrote:


“Whether you are a cheat or not has nothing to do with looks, rather with moral character. It's what separates humans from the animals, the ability to say 'no'.”


“So basically you’re blaming your body not your brain...... lol. What’s next you’re going to sue your body for ruining your life?” 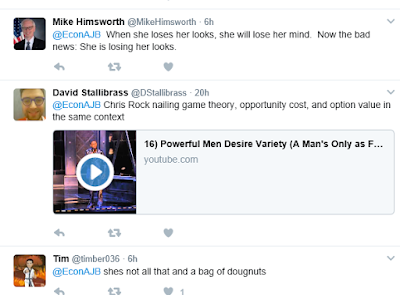 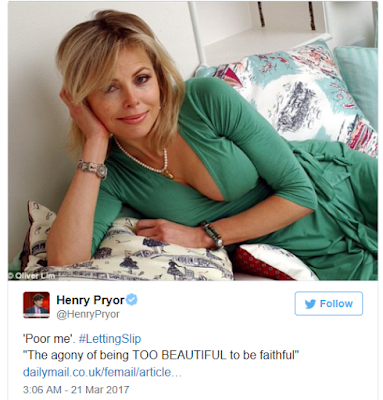 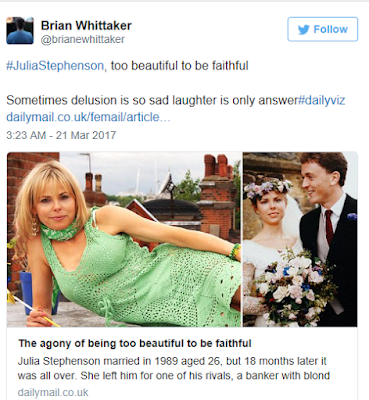 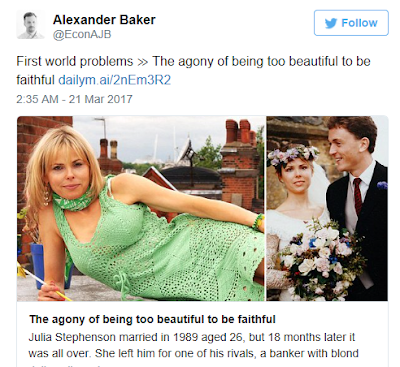 Ms Stephenson is the author of several books and is a green campaigner, writing about environmental issues. She is an active member of the Green Party and has twice stood for Parliamentary election.
Tweet