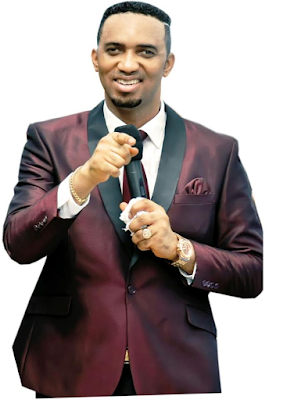 The Charismatic General Overseer of the Mountain of Liberation and Miracle Ministries, aka Liberation City, has hailed the bail granted the leader of the Indigenous People of Biafra (IPOB), mazi Nnamdi Kanu. The man of God said “Government has done well and deserves to be praised. But they must do better.”

A few months ago, Dr. Chris Okafor had prophesied that Kanu was soon to regain his freedom followed by Sambo Dasuki. He insisted that not obeying the court order in releasing Kanu would portend grave danger for Nigeria.

According to the fiery preacher;

“what I see is very scary. I have said it before, and I’m saying it again now. The government should hasten to release Nnamdi Kanu from that place. Whatever it takes, let them just release him. I see a seemingly minor situation spiraling out of control and morphing into something that is beyond control - very scary indeed”.

The man of God said that God is giving Nigeria so many chances of survival and that those in leadership must take full advantage of it. He continues;

“If the courts have given an order for their release, please do whatever it takes to see that they are released. I specifically saw Nnamdi Kanu and Dasuki regain freedom, first. I said it months ago, but that’s not even the most disturbing part. What worries me the most is the demonic set up that the devil is trying to use these cases to rope Nigeria into. I don’t see our country coming out of it the same, if we allow it to happen. Therefore, I want to go on record right now, pleading with the authorities to please release Nnamdi Kanu and his co travelers, and in fact everyone whom the courts have asked the authorities to release. I speak not just as a concerned Nigerian, but as one who hears clearly from the Lord. We can, as a nation avert a major cataclysmic event, if we heed this call”

The man of God who happens to be the first African born clergy to win the ACCURATE SEER award is known across board for his unrivalled prophetic accuracy.

This latest warning first released during Sunday service at his headquarter church in Ojodu-Berger, a few months ago, has church members and concerned citizens on edge, wondering if Nnamdi Kanu was terminally ill and what could actually happen if he died in custody.
Tweet