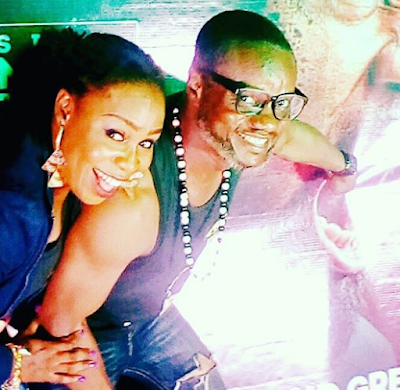 Former 2006 Big Brother Nigeria contestant, Frank Konwea and his wife Edna, are celebrating their 23rd year of friendship and 10th wedding anniversary today April 26th. Frank was in the same compition with Ebuka Obi-Uchendu. Congrats to them. Frank on his IG page wrote;

"I met this woman 23 years ago, I married her 13years later and it has been Gods grace ever since. God has been faithful to me and my marriage and I have a decade and two lovely daughters to prove it. Happy 10years wedding Anniversary to Frank and Edna Konwea we've only just begun".