Graphic photos: Man shot and hacked to death by Fulani herdsmen who kidnapped his mother in Abraka, Delta State 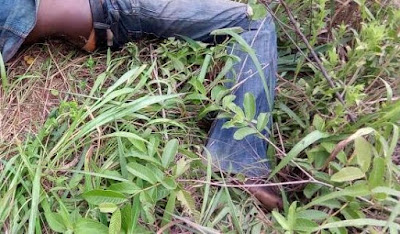 One Mr. Solomon Ejoor, an iron bender/welder from Urhuoka - Abraka was shot and hacked to death by Fulani herdsmen on Monday, April 24.

It was gathered that the victim's mother was held captive by Fulani Herdsmen in her Abraka farmland and was told by the herdsmen to call her children to come and rescue her and upon the son getting there, he was promptly ambushed, shot to death and his neck cut round/cut off with cutlass by the herdsmen.
Reacting to the brutal murder, the lawmaker representing Ethiope East in Delta State House of Assembly, Hon. Evance Ivwurie said that anarchy is building in his Constituency as "a result of the Conspiracy of Silence by President Muhammadu Buhari (who himself is a Cattle Rearer), the Inspector General of Police, the Director General, Department of State Security, DSS and other security agencies."
The lawmaker once again called on the Federal Government to come to the rescue of Ethiope East Local Government Area, Delta State, over the incessant killings, Kidnappings, rapes and destruction of farmland by alleged Fulani herdsmen.

"As I speak to you now, Abraka has been in turmoil all day and the town is still spoiling and anarchy is brewing as my constituents are now ready to take the bull by the horn following the conspiratorial silence-scheme of the Federal Government and the security agencies," Hon. Ivwurie said.
According to him, "The Governors of the Southern and Middle Belt States of Nigeria have been seriously limited and incapacitated over the issue of the herdsmen terrorism and menace leading to scores of killings/Kidnapping/raping etc since the advent of our Cattle Rearing President."
In his words, "I have been inundated but refused to be overwhelmed by security questioning, statements and checks since I informed the world about the Helicopter that has been landing in the Ovre r'Igun/Eku/Abraka where the herdsmen numbering about 2,000 reign with over 10,000 cattle." The facts are there and the lazy operatives have refused to investigate this extremely credible information because they already know it is true. According to Franz Fanon, and I quote "Sometimes people hold a core belief that is very strong. When they are presented with evidence that works against that belief, the new evidence cannot be accepted. It would create a feeling that is extremely uncomfortable, called cognitive dissonance. And because it is so important to protect the core belief, they will rationalize, ignore and even deny anything that doesn't fit in with the core belief".
"Let me repeat that anarchy is brewing because "each generation must discover its mission, fulfill it or betray it, in relative opacity.....When we revolt it’s not for a particular culture. We revolt simply because, for many reasons, we can no longer breathe....we can no longer take it." 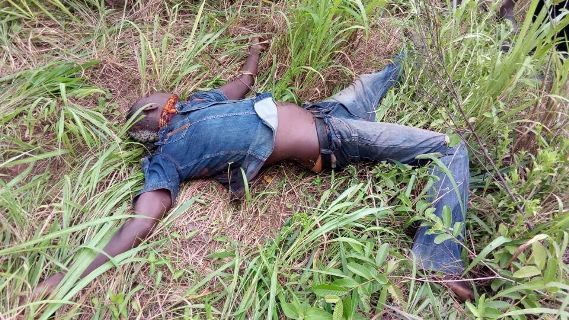 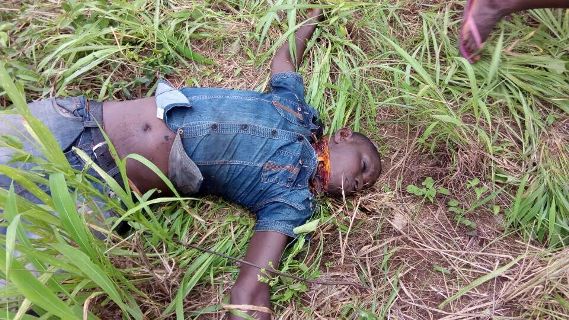