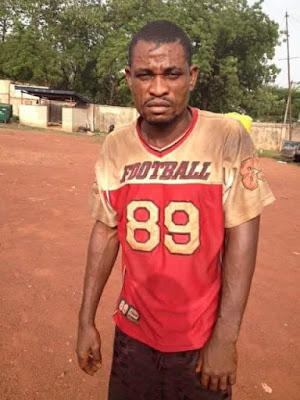 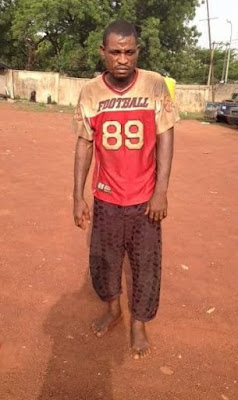 The Enugu state command of the Nigeria Police Force has been commended by inhabitants of Ukpata community of Uzouwani Local Government Area of Enugu state over the arrest of one Ekemezie Daniel alias Bakassi who has been a torn on the flesh of members of the public within the community and its environs.


It will be recalled that the suspect, a father of two and a mathematics teacher with ukpata community secondary school in uzouwani Local Government Area of Enugu State, was arrested for killing his 83 year old uncle, Pa Patrick Odoh, over land dispute.
Operatives of the Anti kidnapping Squad later located the remains of Pa Odoh from Ukpaka bush where he was allegedly buried by the suspect.
According to the cross section of some of the residents of the community who expressed joy and happiness about his arrest, they maintained that Bakassi has been a torn on the flesh of the community. You cannot say or do anything about him because if he notices it,you are gone.
He also used to block road on a market day to extort money from those coming in to the community and if you challenge him, you will be visited with negative action. He collects lands from people without reference to their owners as he cannot be challenged hence we are thanking the police for their urgent action.
Ekemezie Daniel has been aiding the operatives in their investigations in relation to his nefarious activities and alleged murder of Pa Patrick Odoh.
Tweet