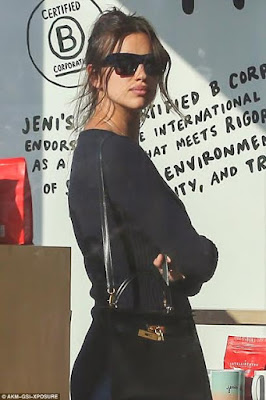 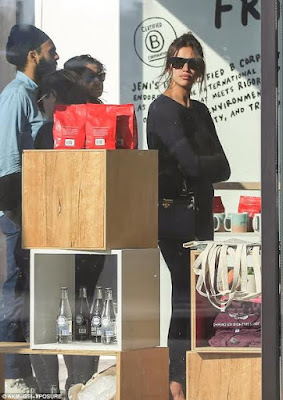 New mum Irina Shayk welcomed her first child, Lea de Seine. two weeks ago. The birth was made public just on Sunday and not long after, the 31-year-old supermodel stepped out to get ice cream in Venice, California.
The Sports Illustrated star looked trim and stylish as she waited in line at Jeni's Ice Creams. She dressed in all black; black sweater and matching black pants. Her eyes were shielded with dark sunglasses and she carried a black purse. 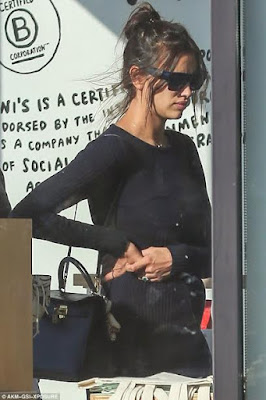 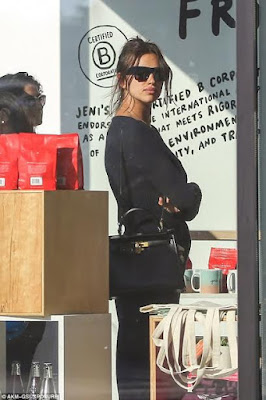 This will not be the first time the model has been seen out following the birth, she was seen with her mother on March 30 before the news of the birth was revealed.

Irina and BradleyCooper, 41, started dating in 2015, after she broke up with Christiano Ronaldo, and her pregnancy was revealed last year. Irina has previously spoken of her desire to start a family, calling it the "most important thing on this earth."
Tweet