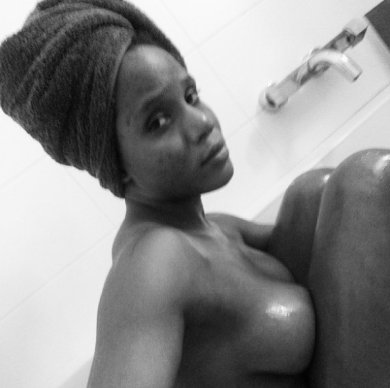 Nigerian singer and nude queen Maheeda is currently in Lagos and ready to make a return to music after a 3 year break. In an exclusive interview with LIB, Maheeda explains her going away was to be with her daughter who needed her attention as she entered college in Holland.

We asked her about her viral nude videos and photos and she simply said, 'I'm addicted to nudity and entertainment'.

She continued to say, 'for me I felt like daring it, it's been what I wanted for a while but I always chickened out so I just took the bold step and I know that nudity is not evil so I just started doing it'. When asked if she has stopped she said, 'I haven't stopped, why will I stop. If I have to do it in a musical video I'll do it'. 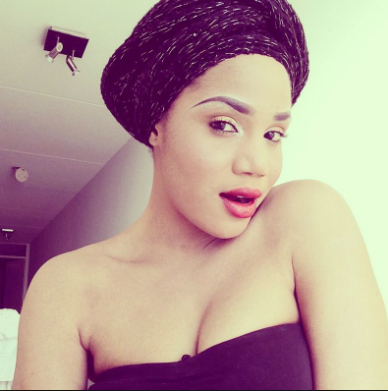 She says she's also open to acting nude in a movie
When asked by LIB if she would act nude in a movie, she said, 'Yes I will, If I have to go nude in a movie I'll do it, but the pay has go be right'.
How much will be fair enough to get you nude on set, 'I really don;t know, but we can start with 50million naira (laughs)' she said.
Maheeda however insisted she'll never do pornography, 'no, no, no, I won't do that she said. I can act a sex scene but not showing me in the actually act. I want to keep that for my man'.
Tweet