Home » Arts and Entertainment » Man told by his step dad that he won't graduate college. Four years later, he is a graduate while his step dad is in prison 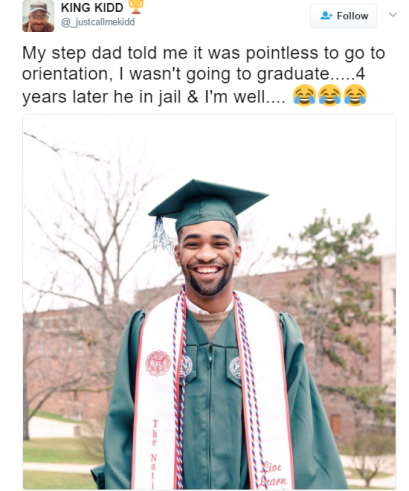 A twitter user, Kidd has narrated how his step father told him on his orientation that he won't graduate college. Four years later, he shared a photo from his graduation and revealed that his step dad is currently in jail. He wrote; "My step dad told me it was pointless to go to orientation, I wasn't going to graduate.....4 years later he in jail & I'm well...."
Tweet