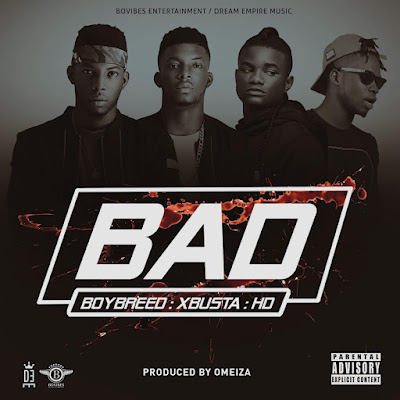 From the stables of Bovibes Entertainment and Dream Empire Music presents "BAD" its a fusion of Dancehall /Hiphop influence.
@Boybreed of Bovibes Entertainment  teamed up with @linkupHD of Dream Empire Music  and FiveStar Music Signed act  @Xbusta to cook this "BAD" club Banger!! Which was produced by the super talented UK based producer @Omeizaofficial. 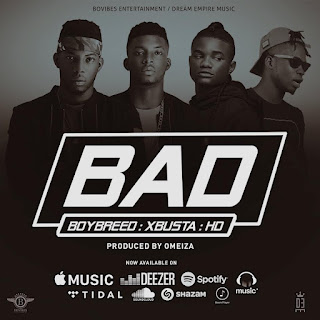 The three artistes are actually long time friends dating back to their university days. They coincidentally found themselves together in a studio and thought it was a good idea to use the opportunity and work up something "BAD". The plan was to come up with a Dancehall/Hiphop street cypher kinda track which would give the two renowned rappers (Xbusta & HD) enough room to display their respective vocal strength and lyrical prowess. As usual Boybreed was known to be duo to come up with the catchy hooks.
The artistes and all parties involved have undisputedly earned themselves the title "BAD" as you would observe after listening to the skilled and professional execution of the record.  The video was shot by @director_chidube