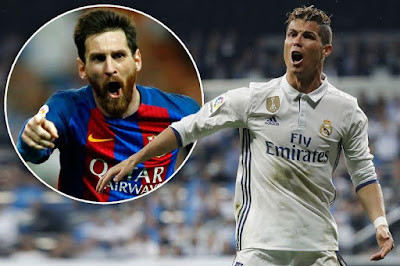 Did you know that Real Madrid superstar, Cristiano Ronaldo, nearly 'brought the roof down' on his teammates in the dressing room after Lionel Messi scored a late goal in Barcelona's win in the El Classico clash with Real Madrid? At least that's what top Spanish newspaper, Marca is claiming, in a new report.

During the game, Real Madrid came back from behind to equalise with 10 men, and even wanted to win the match but let Barca through Lionel Messi find a last minute winning goal-

With the loss, Madrid now needs to win their game in hand to top Barcelona in the La liga table.

Ronaldo reportedly fumed at his teammates for letting Messi have so much freedom. According to Marca, Ronaldo while pacing around in the dressing room, shouted at Marcelo and Luka Modric for not committing an initial foul on Sergi Roberto, which would have halted Barcelona's momentum going forward.

And now in a new interview, Marcelo has taken some blame for his role in Messi's goal.

"In the end, if I make the foul, a technical foul, on Sergi, maybe they do not score the goal, although it is impossible to know," the Brazilian said, as quoted by ESPN. "Many things happen in seconds – it is very difficult. Maybe I take the blame, there is no problem with that. If I make a foul, they don't score the goal."
Tweet