Home » Sports » Photos: Despite losing his bout, Klitschko is the first boxer ever, to knock Joshua to the canvas

Photos: Despite losing his bout, Klitschko is the first boxer ever, to knock Joshua to the canvas 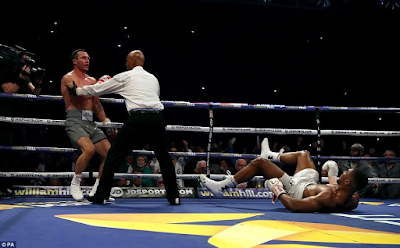 Ukrainian professional boxer, Wladimir Klitschko who lost the IBF, WBA and IBO heavyweight titles to Anthony Joshua on Saturday still booked his name to the boxing history for being the first ever boxer to knock the British boxer to the canvas. 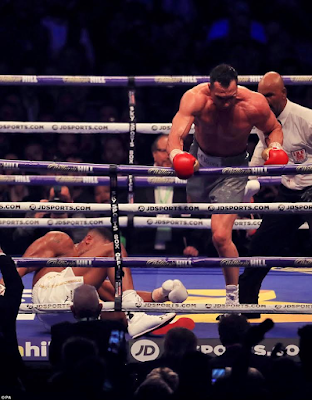 During the context at the Wembley boxing ring, the Ukrainian came out in the sixth round and put Joshua on the canvas for the first time in his professional career. But sadly for Klitschko, he was defeated in the eleventh round by the British boxer in the remarkable heavyweight bout. 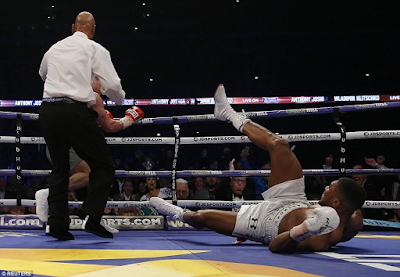