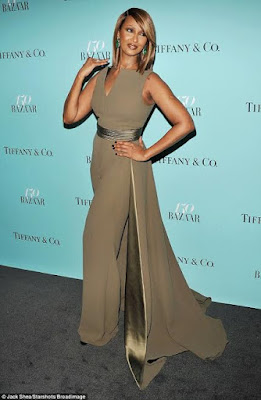 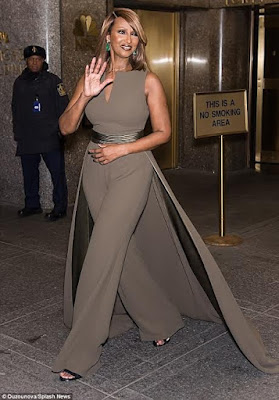 It's hard to believe this woman is 61! Super model Iman was at the Haper's Bazaar anniversary in New York yesterday and all everyone could talk about was her youthful look.

The mother-of-two looked classic in a stunning khaki green jumpsuit which accentuated her enviable curvs.

The Somali-born woman turned heads as she arrived The Rainbow Room in New York for the star studded event hosted by Tiffany & Co.
Her form-fitting jumpsuit hugged her curves and was cinched at the waist with a metallic belt. The low cut neckline and dramatic train of the jumpsuit all combined to give her the 'wow' effect.
Iman seemed to be embracing life again after the loss of her singer/actor husband David Bowie, as she smiled for the camera and appeared high-spirited.
More photos below... 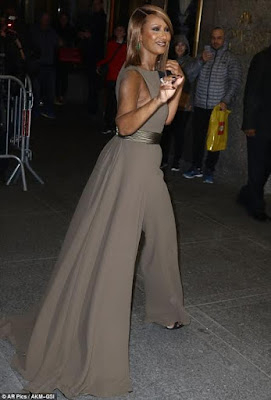 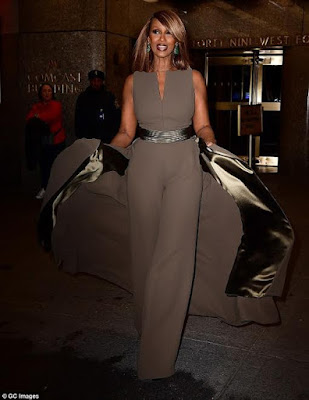 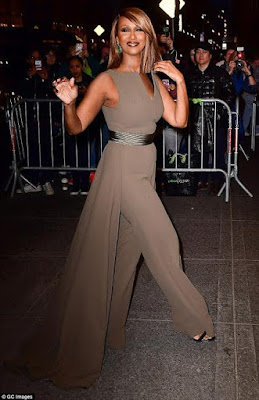 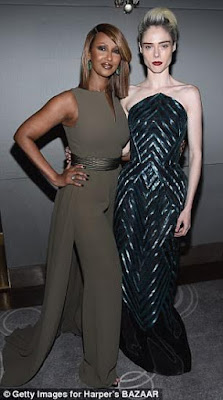 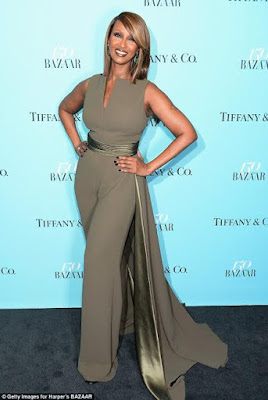 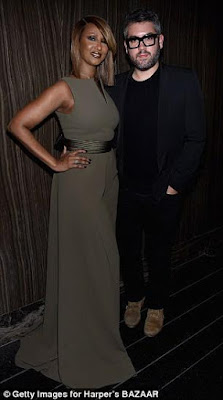 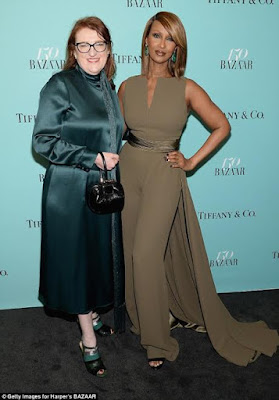