Home » Arts and Entertainment » "You've got blood on your hands!" anti-fur protesters chant, causing Kylie to walk out of red carpet

"You've got blood on your hands!" anti-fur protesters chant, causing Kylie to walk out of red carpet 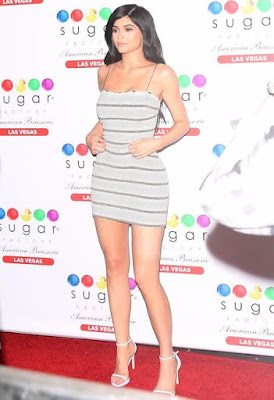 19-year-old Kylie Jenner who was billed to make an appearance at a launch event at the Sugar Factory, Las Vegas, left Coachella on Friday night and flew to Los Angeles on Saturday.

The youngest Jenner sister posed for pictures on the red carpet at the event, however, just seconds into the photos, anti-fur protesters who stood with Kylie's fans whipped out their protest placards and began to chant "you've got blood on your hands!"

No confrontations were reported but Kylie refused to stand and be criticized for her choice of fashion by the protesters so she walked out of the red carpet and went inside the building while the protesters continued chatting. 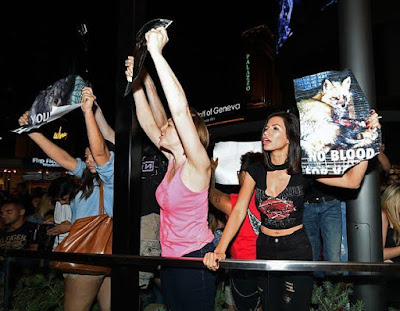