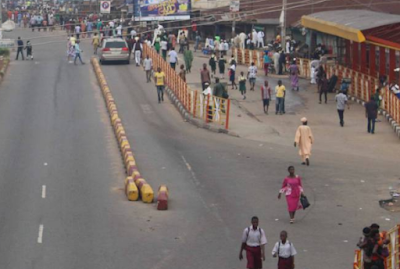 A 14 year old housemaid has been arrested by the Ondo state police command for poisoning her 63 year old boss, Nasiru Akinlosotu, just because he scolded her at their home at Adetomowo street in Akure, the state capital. According to the victim who spoke to Vanguard, his wife, Sikirat had on the day of the incident, called the suspect to prepare his food for him as she was still in her shop. When it was time to eat, he noticed that the beans offered to him had a funny smell.

“I had even put a spoon of the beans in my mouth and about to swallow it when I perceived an offensive odour and an unpleasant taste from the food.
I immediately vomited the beans and called her to ask why the beans smelt and tasted strange. But she claimed it was because she added spices. It was in the cause of interrogation by the residents in the neighbourhood that the housemaid confessed that she ground the medicine meant for rat that was bought few days ago by my wife and sprinkled its content into my share of the food. She later stated that she decided to add poison into my food in retaliation for the correction which I made when she committed an offence. After the confession, I contacted my wife to narrate the incident to her. When she arrived, she decided to report the matter at the Yaba Divisional Police Station in Ondo town for further investigation”he said

The matter has been reported at the state police headquarters.
Tweet