Couple pictured having sex in public, in broad daylight, during music festival 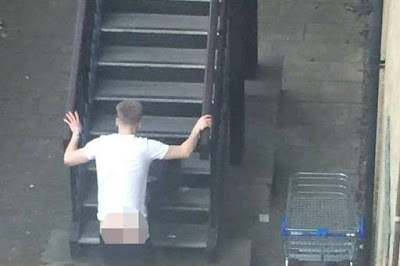 A couple were seen having sex outside a busy block of flats in the full glare of the public in broad daylight and the unashamed couple did not try to be discreet. Neighbors looked on in shock as they went at it for about 15 minutes by a set of stairs on Saturday. Witnesses said the couple could be in their 20s.
A 20-year-old nurse, Miss Kay Hamersley, was having a cigarette by a window in her friend's flat when she saw the young couple walk into the square and get busy. She took photos of the act on her phone but said the couple "didn't seem to care if anyone saw", despite the festivities for music event 'Ware is the Music' going on in the area at the same time. She said there were many people in the area for the event, including children, Narrating the incident, Miss Hamersley said: 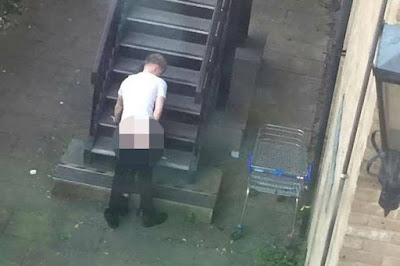 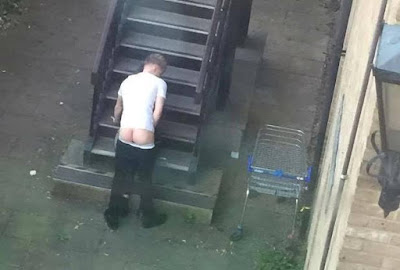 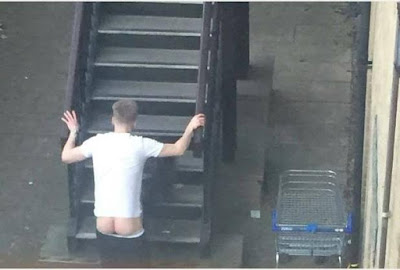 "First they were just standing there looking at each other, which I thought was quite odd so I called my friend over. The young man then pushed the girl to the wall and started to pull her trousers and underwear down. After a few minutes they stopped and then went to walk away. As they were walking away, they then decided to do the same thing again but on a different wall. The young man then pulled the girl over to the stairs. He then did the same and they started to have sexual intercourse. I couldn't hear anything from where I was, but they didn't seem to care if anyone saw what they were doing. Ware is the Music was in full swing in the town, with events hosted at pubs just yards away from the amorous display."


After their brazen act, Miss Hamersley said she left the flat with her friend and saw the pair sitting outdoors at a restaurant near the square with two others.

"I was so shocked that I saw this happen, I couldn't believe it. You always see things on social media about that kind of stuff but you never think you will actually witness it yourself. I was very angry as they knew there were young children around at the time."

She added: "If their mothers knew how they had acted, which I'm sure they will now, then they would be very disappointed. If it was their young son or daughter that was playing outside and had seen that, then I'm sure they would have thought twice."
Tweet