Home » Local » FG confirms release of 82 Chibok girls, to be received in Abuja by President Buhari

FG confirms release of 82 Chibok girls, to be received in Abuja by President Buhari 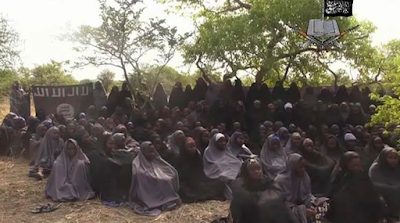 The Federal government has released a statement confirming the release of 82 more Chibok girls from Boko Haram captivity. The girls were released yesterday May 6th after further negotiations between the Federal government and Boko Haram members. The girls who are in Borno state presently, will be received in Abuja by Presidnet Buhari later today May 7th. Read the state house press release signed by Senior Special Assisatnt to President Buhari on Media and Publicity, Garba Shehu.

President Muhammadu Buhari is pleased to announce that negotiations to release more of the #ChibokGirls have yielded results.
Today, 82 more #ChibokGirls were released.
After lengthy negotiations,our security agencies have taken back these girls, in exchange for some Boko Haram suspects held by the authorities.
The released #ChibokGirls are due to arrive in Abuja tomorrow Sunday May 7, and will be received by the President.
President Muhammadu Buhari expresses his deep gratitude to all who played a part in ensuring the success of this operation, as follows: Security agencies, the military, the Government of Switzerland, the International Committee of the Red Cross, and local and international NGOs.
The President has repeatedly expressed his total commitment towards ensuring the safe return of the #ChibokGirls, and all other Boko Haram captives.
The President has received detailed briefings from the Director-General of the Department of State Services (DSS) at every stage of the negotiations/operation.
Tweet