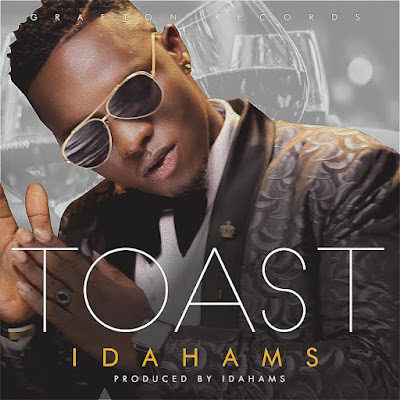 Barely a week after the release of his highlife gyration single, “Toast,” Idahams has dropped the video for the beautiful song directed by Adasa Cookey.

The video for Toast was shot in Lagos and it features appearances by label mate, Mr. 2Kay and fast rising star, Doray amongst others.
The visuals for the song further expresses the mood, concept, and theme of the song. It’s a visual appeal with or without the sound.

Idahams has broken boundaries since the release of “Toast” which is his second single on Grafton Records. It may interest you to know that the song is still one of the highest streamed songs on Music Plus since it hit the platform in April, and it’s currently enjoying heavy rotation on radio.

Please press play and toast to the next big thing – Idahams!
Tweet