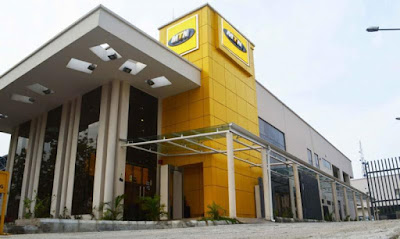 280 staff of the South African telecoms giant, MTN, were on Friday relieved of their duties in Nigeria. The move affected about 15% of the company's entire Nigerian workforce; a number of them being long-serving staff who have worked with the company since it opened business in Nigeria in 2001.

Those affected include 200 permanent employees and about 80 contract staff across various levels, ranging from new graduates to senior managers. An informed source revealed that the sack was as a result of “the changing dynamics of the telecoms industry in recent times”. The telecoms firm plans to delve into full Information and Communication Technology (ICT) and digital operations and to achieve that, a new set of tech savvy employees capable of delivering on the new goals will be brought on board.

According to the sources, the sack did not come as a surprise as MTN had put out a notice in March for those who might wish to voluntarily disengage from the company, under its voluntary severance scheme (VSS) giving a one week window which expired on April 28.

About 200 staff voluntarily disengaged while 80 were compulsorily disengaged on Friday. Those affected were given a severance pay of 75% of their gross monthly income, multiplied by the number of years they had worked with the company.

“Those who decided to leave under the VSS were paid the equivalent of their three weeks gross salary for every year they worked with MTN. What it means is that if one worked in MTN for five years, one would be paid three weeks of the person’s gross salary times five,” the source said.
Tweet