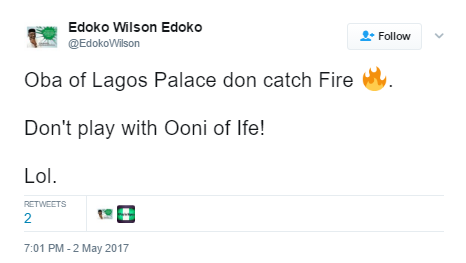 There was a fire incident at a section of the palace of the Oba of Lagos, Rilwan Akiolu, in the Iga Iduganran area of Lagos Island today. This comes just a week after the controversy following Oba Akiolu's supposed refusal to properly greet the 51st Ooni of Ife, Oba Adeyeye Enitan Ogunwusi, at an event recently.

Ooni Ogunwusi released a statement insisting he would continue to hold Oba of Lagos in high esteem and continually give him respect. On the other hand, speaking through one of his white cap chiefs, Lateef Ajose, the Lagos Monarch said he did not ignore the Ooni of Ife at the public function as being interpreted by many Nigerians. Lateef said the manner in which the Oba greeted the Ooni is the culturally acclaimed way of greeting by a monarch in Lagos.

Nigerians however feel that there's a relation between the fire incident and supposed snob. See more tweets below. 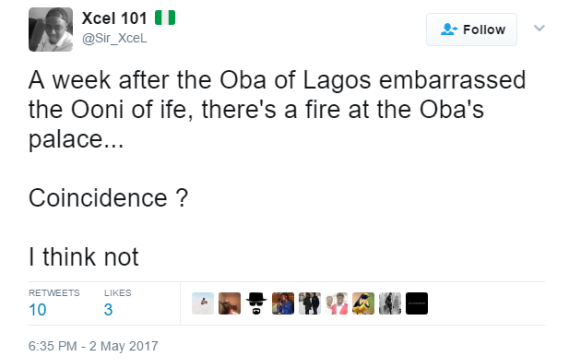 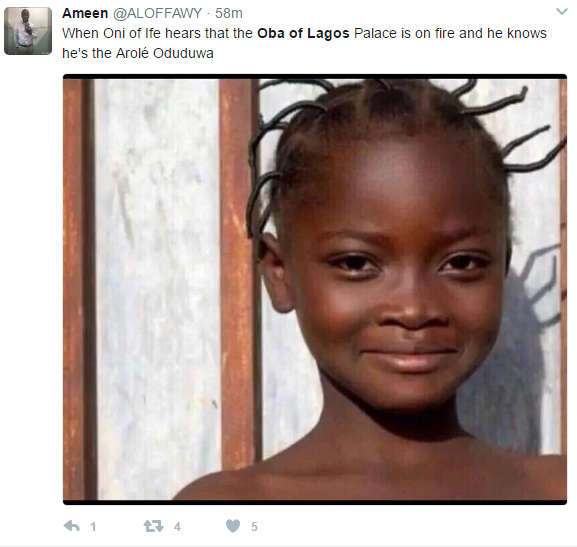 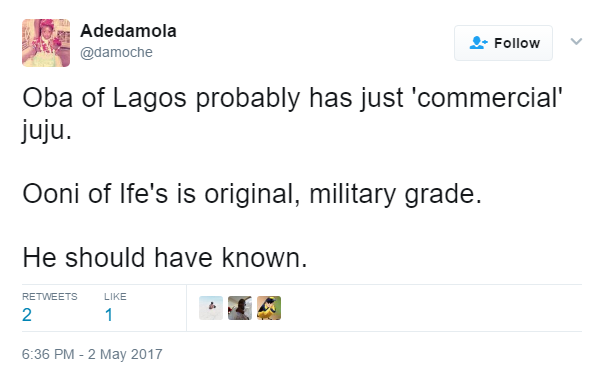 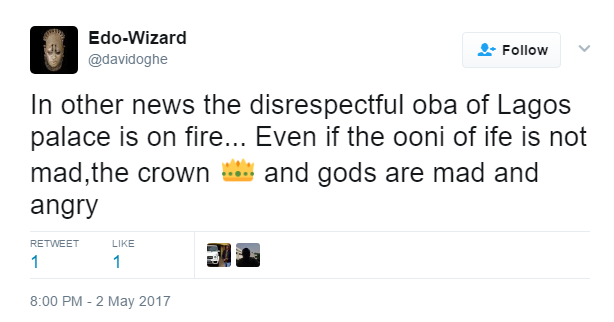 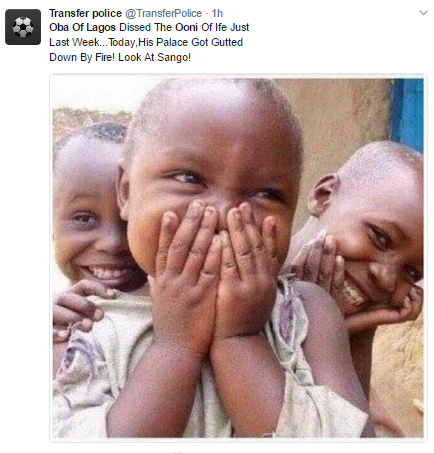